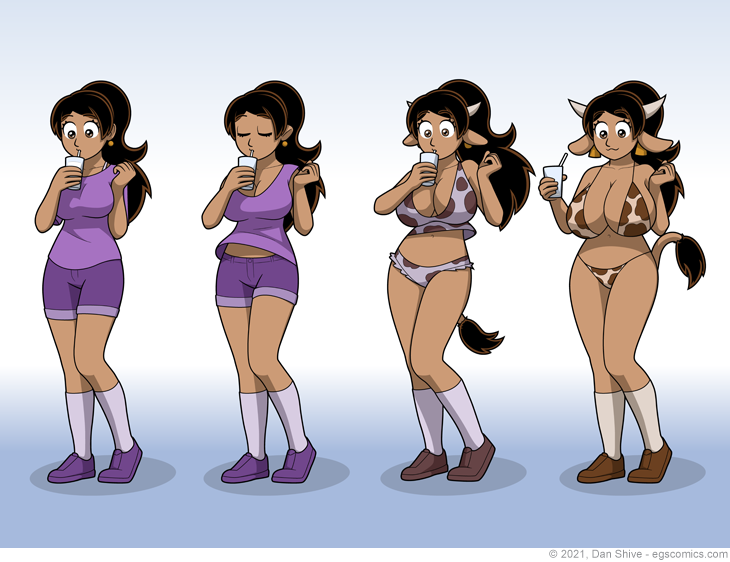 Year of The Cow Rhoda on Patreon

There's a little left in the glass, Rhoda.

Rhoda's hair is up in this so the tail could stand out more in the last panel, and she's not wearing a collar to keep things a little less visually cluttered from beginning to end.

I will understand if this lack of a collar results in pitchforks.

A greyscale version of this one exists (on Patreon) because that's basically how I got around a big hang up I've been having about making these color images.

In order to get the ball rolling on this milestone image, I convinced myself that I just had to quickly get a greyscale version done, share that as a Work-In-Progress preview with some patrons, and then I could spend the thousands of hours necessary to wrap my head around the color done later.

Which I don't think is a bad idea, and I might do that with some future ones, but... I got to that point with this one, and getting the color done didn't seem like that big a deal.

So I finished it.

And now it's here.

Yeah, I'm definitely going with the "I'll make a greyscale WIP" mindset going forward. Maybe sometimes there'll be a preview WIP post, and maybe sometimes it'll just be a bonus version. If nothing else, it significantly reduces the intimidation and indecision factor for me.