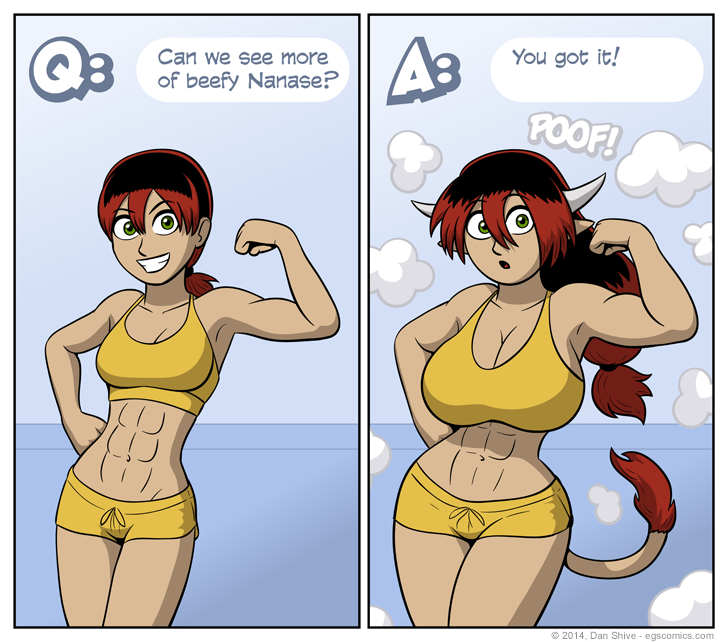 After the last two sketchbooks and seeing some comments about beefy Nanase, I felt the need to make this sketchbook, and as of this month, Milestone sketchbooks can pretty much be whatever I want, so BAM. This exists now.

And yeah, I gave her fab abs. They're abs and they're fab. Too fab? I dunno. Subtle abs are difficult to do in my style. It's either like "hey, where the abs at" or "DANG look at those abs!" It seemed like she should have some definition there, though, so I went with the latter option. Feel free to let me know if you're on Team Abs or not. Also Team Moo, because these cow forms are fun, if a bit ridiculous.

Also, this is a no story comic day, and I totally forgot that I was planning to add classic commentaries before posting this, so I'm going to add those after I post this and then edit the links in.