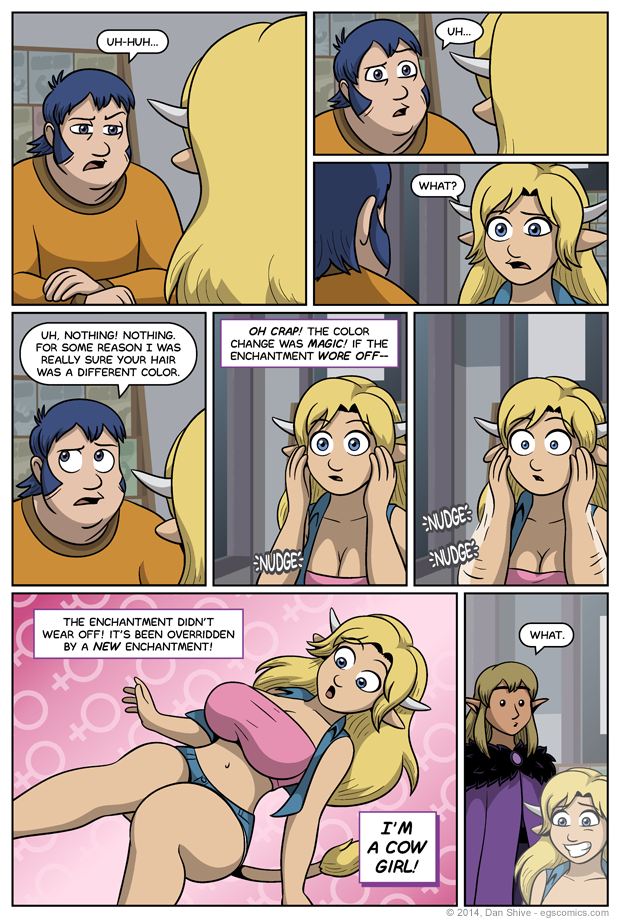 SKETCHBOOK ONE OF TWO! Because there's two today. If you're looking at this at just the right moment, this might seem like the only one, but it's NOT. There are TWO. Or WILL be. Or WERE. It's all very complicated.

Anyway, here's the second full page milestone sketchbook. As you can see, it's an edit of a previous comic, but a rather significant one that required designing this version of Tedd and redrawing her in every panel she's in. Granted, part of the reason I decided to do this was because it was a full page concept ready to go and I needed one, but it DID take some effort is all I'm saying.

I enjoyed designing and drawing a beefier cheesecakey Tedd, if that makes any since. Tedd is generally a pretty thin character (we'll see how long that lasts when he's older), and this cowgirl has significantly more volume all around (in some areas more than others). I basically gave her a Sarah color scheme in every regard but skin to make the contrast with the canon version of this moment all the more extreme.

But yeah. Rich still only noticed a hair color change, and it still took him a few moments to notice that much. Way to go, dude.