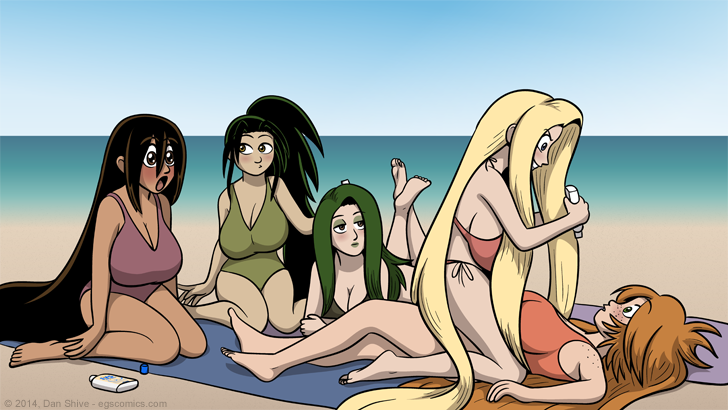 Requested by Anonymous - Totally make a sequel to the sketchbook I previously requested based on the the premise that the V5 effects of the sunscreen are cumulative as you know because you put that detail in the last one.

I honestly thought I'd be posting this one earlier in the month. Thanks to its sequel-like nature, there really weren't a lot of details I had to figure out. Then, as is my way, I got all sorts of sheepish about creating it, particularly since I really wanted the detail of Diane pinning Catalina like that on account of the first sketchbook's setup and the presence of Rhoda.

Ultimately, though, I'm pleased with the final result, and I feel a bit silly about getting all sheepish. Yeah, it's a little over the top, but it's silly and fun. It's just like that one Over The Top movie!

Note: Requests are paraphrased for clarity and brevity and other things. Also, Dan has never actually seen Over The Top and cannot really speak to its fun or silliness, but it does have Stallone in it and it is about arm wrestling, so how could it not be? There's no way it's not. For reals.