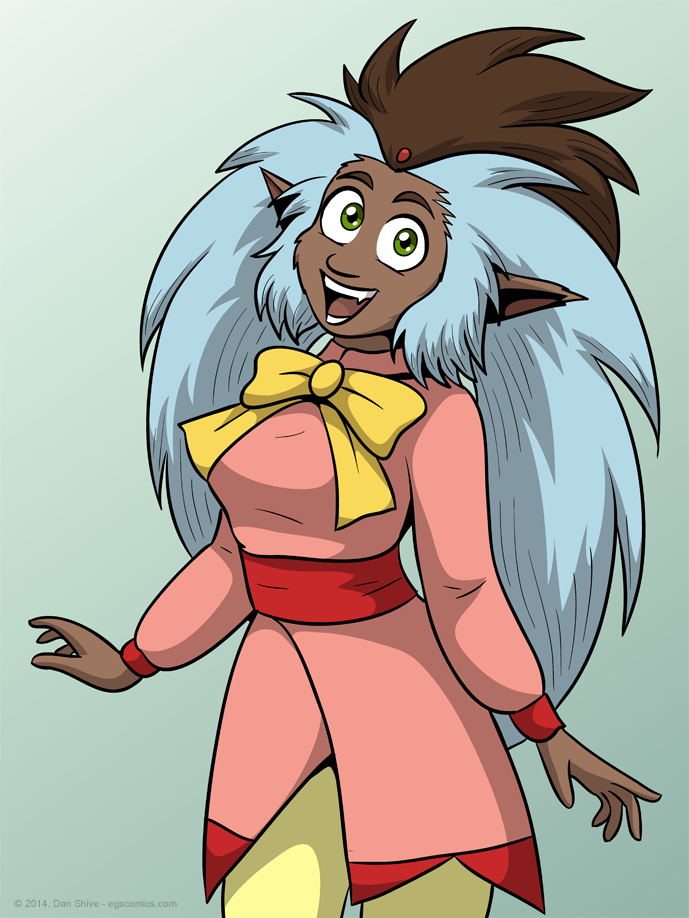 I'm sincerely hoping this dress is adequately adorable. There is, in theory, another pink dress of legend with a carrot on it, but we couldn't find a reference for it. I even dug out my own Tenchi Muyo OAV DVDs in search of it, and while I was reminded that I really need to get around to watching those, the dress of legend itself eluded me.

Of course, there are like ten billion versions of Tenchi Muyo. It may well exist in several realities at once. If it is found, I may draw Grace as Ryo-Ohki again. It may not be surprising to learn that, at least stylistically, the series was an influence on me. I don't draw in all that similar of a style, but just look at some of the hair in that series and you'll see what I mean. It's one fo the first anime I ever saw by virtue of Tenchi Universe being available for rent in VHS form.

Oh, and I took a break from posting a story comic today for several reasons, but I did post four classic commentaries starting here.