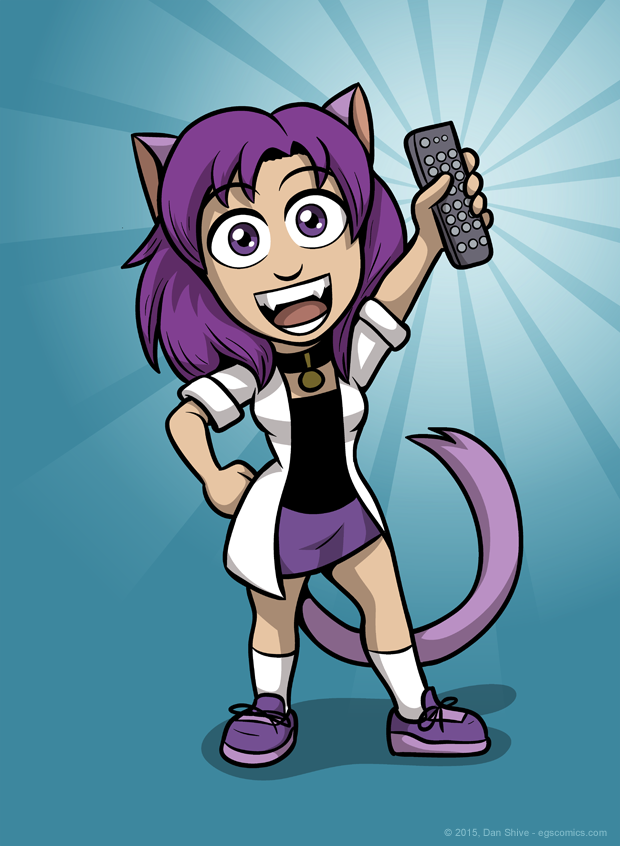 More sketchbooks on the way, but this was the simplest to finish, so it's first. Huzzah.

It's a bit of a technical experiment in some behind the scenes ways (technical brush preset stuff, mostly), but also something I just really wanted to draw. I've been in a bit of a chibi mood recently, as may or may not become all the more evident in the near future.

I originally drew Tedd holding a vial of some undefined substance, but that's not really up Tedd's alley. Tedd is more about engineering and magic-based tech. I decided some sort of remote-based invention was more his speed, and it was close enough in shape that I didn't need to change much.

On top of that, I'm a fan of the concept of a "universal" remote in general. Fair warning: Were a remote capable of making changes to reality to be invented, it's possible that it would be a source of temptation for me. I mean, just IMAGINE being able to pause a movie while it's still in theaters. That's too much power for me.