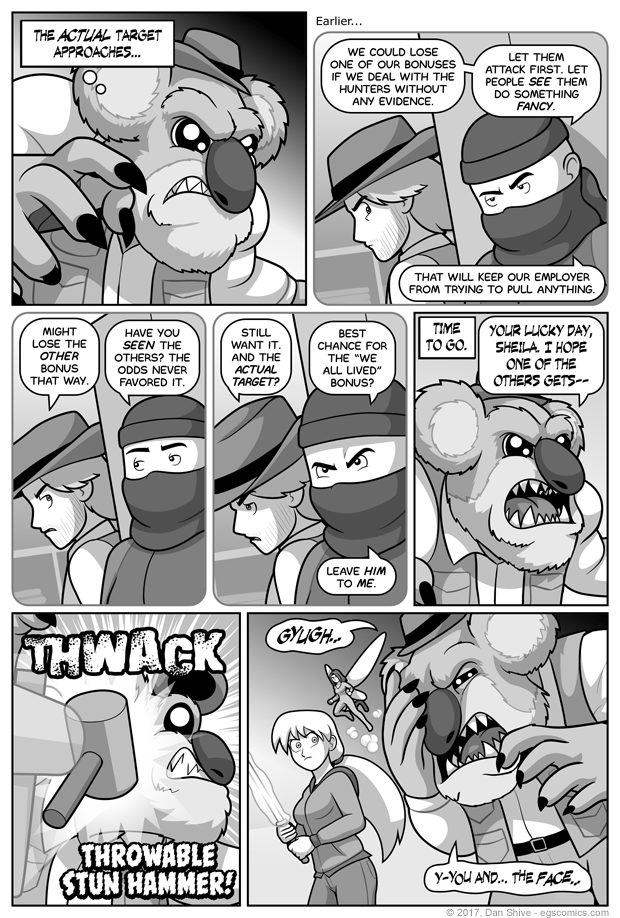 - "There are hunters here"

"THROWABLE STUN HAMMER" is a bit silly to have there, but I felt it was the easiest way to make clear what just happened, and, frankly, it's not that out of place in EGS to have something like that.

I've done my best to drive the point home that the aberrations are fairly irredeemable, so don't feel too bad about that guy getting hammered to the face right as he was in the middle of saying he was going to run away. Besides, it's more accurate to say "go hide somewhere safe while I let you fight the remainder of my allies and possibly jump back in to kill you if it's convenient later."

"Sheila" is apparently slang in Australia for "girl", so huzzah, though it is my personal headcanon that this guy has never actually even been to Australia. It's unlikely to come up in the comic itself, hence why I'm not simply claiming it as canon, but I'll be sure to bring it up if I get any slang wrong.