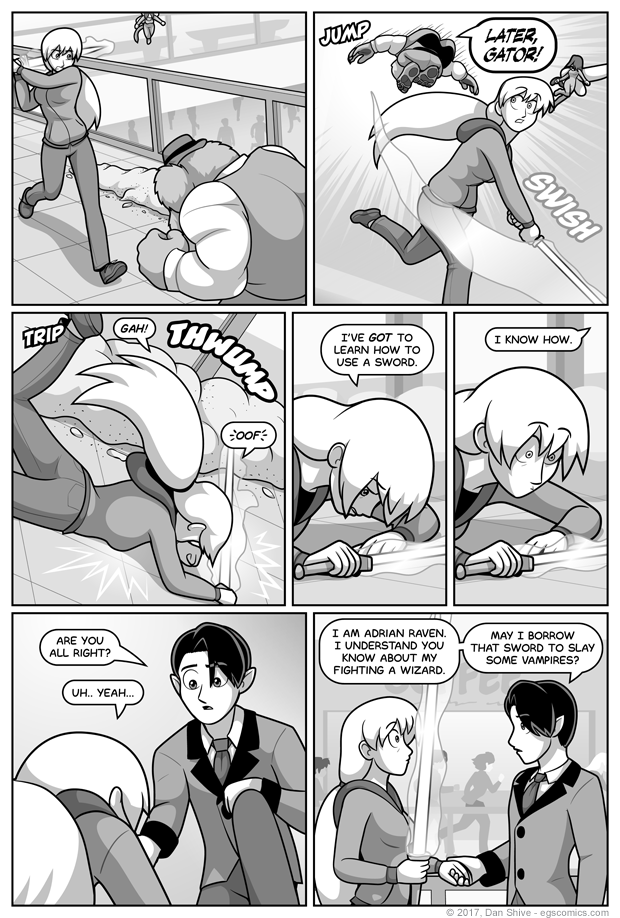 Fair warning, I am SUPER tired as I write this. My brain is sort of working, but not really? Anyway...

I don't think "later, gator" is really slang that is used any specific place. Or, at least, not any specific place I know of. Point is, it's not meant to be more Australian slang. I mostly included it to make super extra clear that his intent was getting away and not continuing the fight with Susan, and given how his design was inspired heavily by Crocodile Dundee, I liked the gator part being in there.

I was half-tempted to have Susan accidentally hit Little Nase (the fairy). Little Nase would've just "poofed" away with little consequence and could have just been summoned again, but I think people would've been mad anyway.

Worth noting with Little Nase is that Susan does have some awareness through her, and is effectively an extra set of eyes on the battlefield, so she's not just there to be flung at vampires (though she can certainly be used for that).