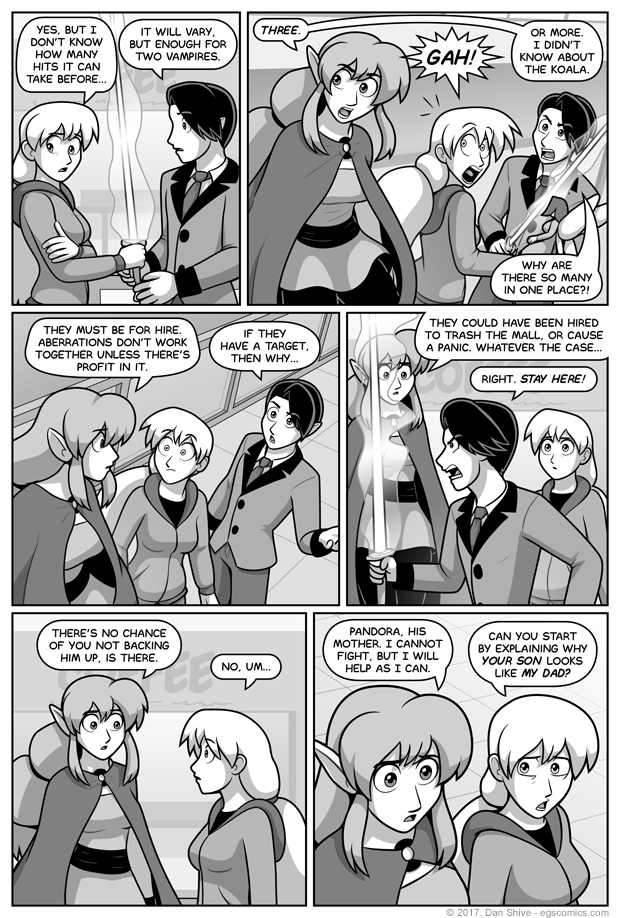 Yeah. We're finally getting into this whole thing.

And no, the answer isn't "Dan's limited artistic range in this style". I mean, that's sort of literally what the original inspiration was, what with people saying "Diane looks like Susan", but that's not the final answer, darn it!

Meanwhile, no, we've never seen the face of Susan's actual father. We've seen him in a dream of Susan's, but his face was obscurred because of dream logic (and most assuredly not because I thought hiding his face would give me options for dramatic reveals later on in some form or another).