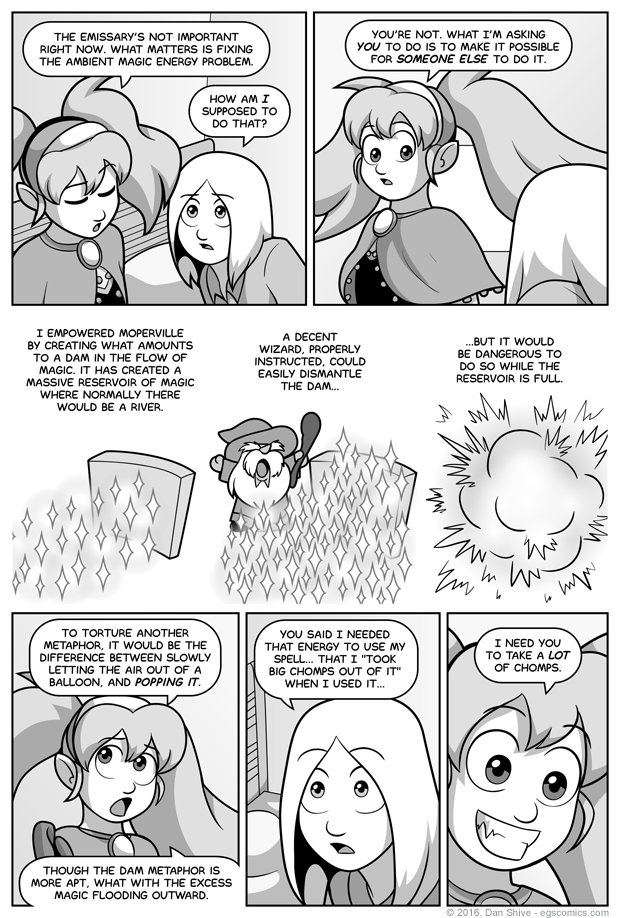 Unless he's fine. I mean, he's cartoonish, chibi, AND a wizard. He can probably take way more than that.

I'm avoiding getting overly technical in the comic for the sake of pacing (and because it's technically already been explained), but for the more nerdy among us--I mean, among you, Sarah's a primary candidate for this because she doesn't have much magic power of her own, and her spell has a big cost. That means she's using up significantly more of the ambient energy than more powerful magic users would, and that would remain true even if they had the same spell.

This is a rare case in which you need to get something magical done and you want as much of a lightweight as possible. CONGRATULATIONS, SARAH!

EDIT: Guardian forms aren't the solution. Beside being WAY too situational to plan around, even with two of them flying around, and Not Tengu using up a bunch of energy to transform people (something that would normally have taken him months), they only managed to use up enough energy around one apartment complex to make Not Tengu crash, and then Ellen and Nanase were both without magic for at least a day..