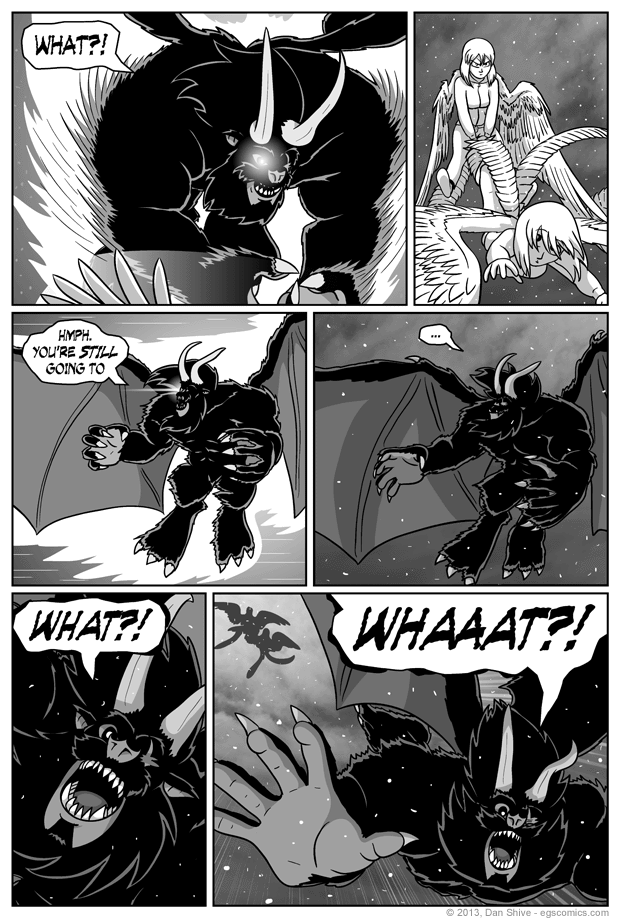 First off, for the time being at least, the comic update time is 2 AM Eastern time, not Midnight Eastern. This is for highly technical and possibly magical reasons, but it should be a temporary situation one way or another.

Onto the comic! Most people I've talked to think it's Ellen being narrowly rescued in this comic, both based on her expressions and positioning in the previous comic. I'd deny it, but just look at panel two of this comic. LOOK AT IT! That is so Nanase grabbing Ellen's tail right there.

Literal tail, I mean. She's not... Ellen actually has a tail right now. Two, actually. And one was grabbed. LITERAL.

As for why Not-Tengu's falling, there's enough information to accurately guess at this point, but the comic itself will say later, so I'm going to wait on that. I will say, however, that this comic is one of the reasons why I decided Not-Tengu's fast flying would be accompanied by a glow effect.