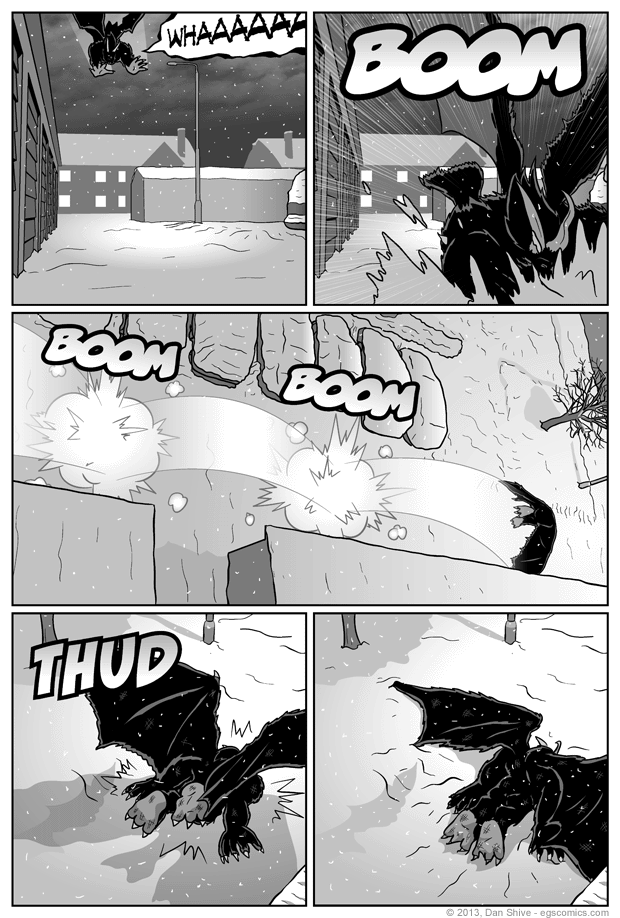 Remember that 2 AM Eastern time message from yesterday? Well, thanks to technical wizardry or some manner of spell (I assume Hiveworks makes use of both tech and magic support), that no longer applies! We're back to Midnight Eastern time updates. Yay!

And now, for the comic itself! Um... OW? I doubt getting skipped like a stone across a lake would be fun on a lake, let alone on the pavement of a snowy parking lot. It's possible that the visual effect I chose to indicate his impacts combined with "boom" was a poor choice, as it sort of looks like he's being propelled by explosions, but what's done is done!