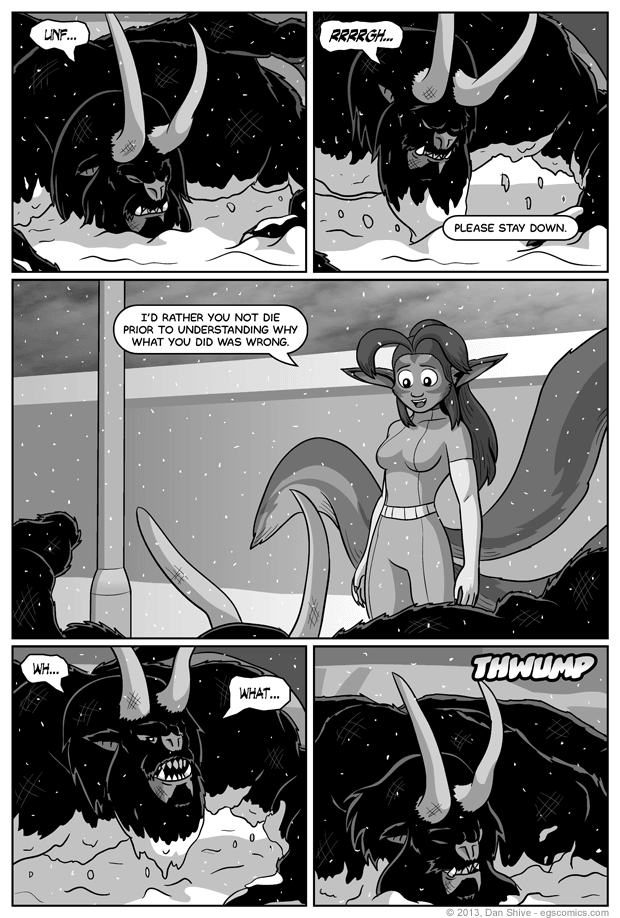 I think it's safe to say that contact has been made. If you're wondering why Grace has shown up when it was Mr. Verres's number that was given, then you're just as confused as Not-Tengu. Well, not AS confused, probably. He's pretty darn confused.

Grace is currently a bit taller and more muscular than normal in this comic, but hey, she's ready for a fight. Granted, a little extra reach probably wouldn't make a big difference against an opponent who's arms are about as long as you are tall, but she didn't have Tengu's measurements before arriving, darn it.

No. She didn't. Of course she didn't. How would Diane even have that information to give her?