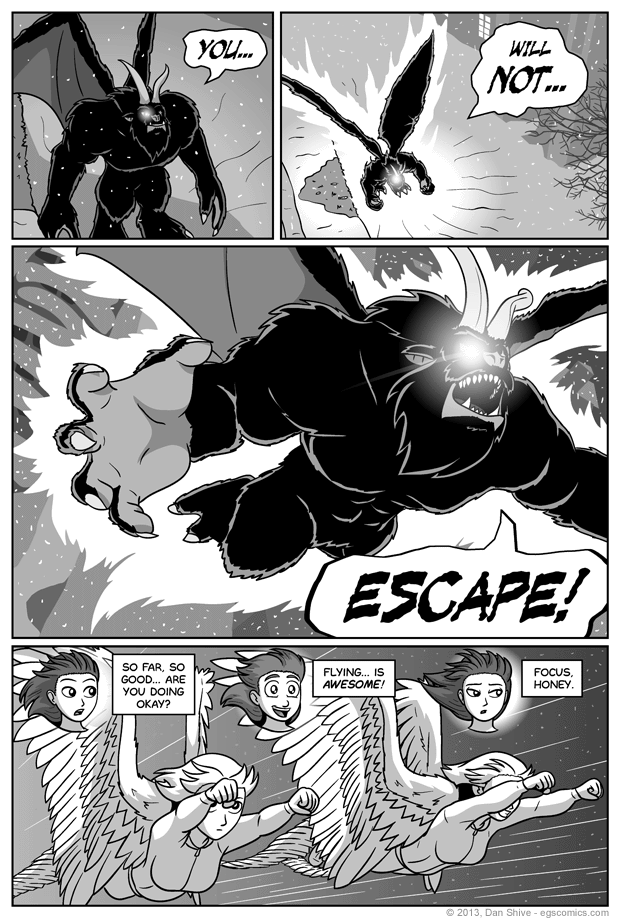 I thought about keeping Nanase and Ellen silent for a bit to ratchet up the tension more in this comic, but no. Ellen flying for the first time demanded proper acknowledgement, and character moments like that have very expensive attorneys at their disposal. I don't know if they're properly trained or not, but they had suits and everything. There was no choice in the matter.

This is one of those comics that I thought was going to be relatively super easy, what with it being only four panels and all. As tends to happen, however, it was full of it's own special little challenges. One of them was simply figuring out how to pose Not-Tengu in panel three. How I originally pictured him was more of a downward angle that wound up making him look weak, and it took a while to settle on something I was satisfied with.

I can't think of a specific example, but I'm thinking I have GOT to have seen something similar to the first three panels on film somewhere, if not multiple places. By this, I mean a scene where the camera move away from a non-moving character only for that character to suddenly move and catch up to or overtake the camera.