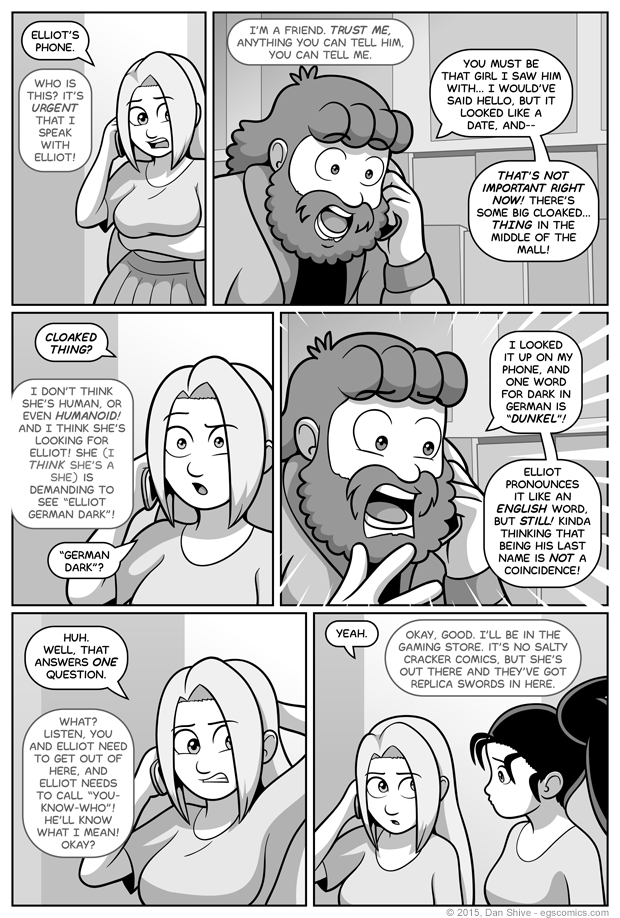 Guess what? I reviewed another Sumo Lounge chair! This time, the Sway Single. Few things are as exciting as me reviewing furniture, so be sure to check it out!

- "That does NOT look right."
- "Described her voice as... a low, feminine growl"
- Elliot informed of cloaked figure (sort of)
- "I THINK my family's from Europe...?"
- Cloaked figure's guide
- "German Dark"
- Tensaided sneakily included in an earlier background

I am experiencing the sin of pride in regard to the "German Dark" clue, as it was a clue that even people who don't speak German could figure out thanks to the magic of the interwebs.

Granted, there were several reasons to assume the cloaked figure was looking for Elliot. For one thing, a cloaked figure took an interest in "Good" Tom prior to learning his first name, and while they're not identical, were one going by a general description... 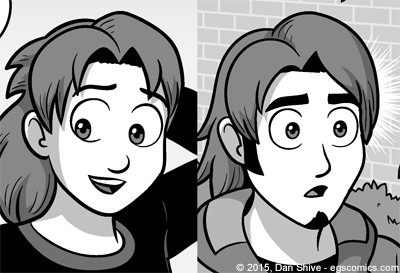 ...Yeah. Good Tom was chosen for that scene for reasons that go beyond the saving of puppies.

There's also the fact that there was no way this story was going to conclude without the cloaked figure storyline and the date storyline colliding, but SSSHH! That's meta logic and is inadmissible!