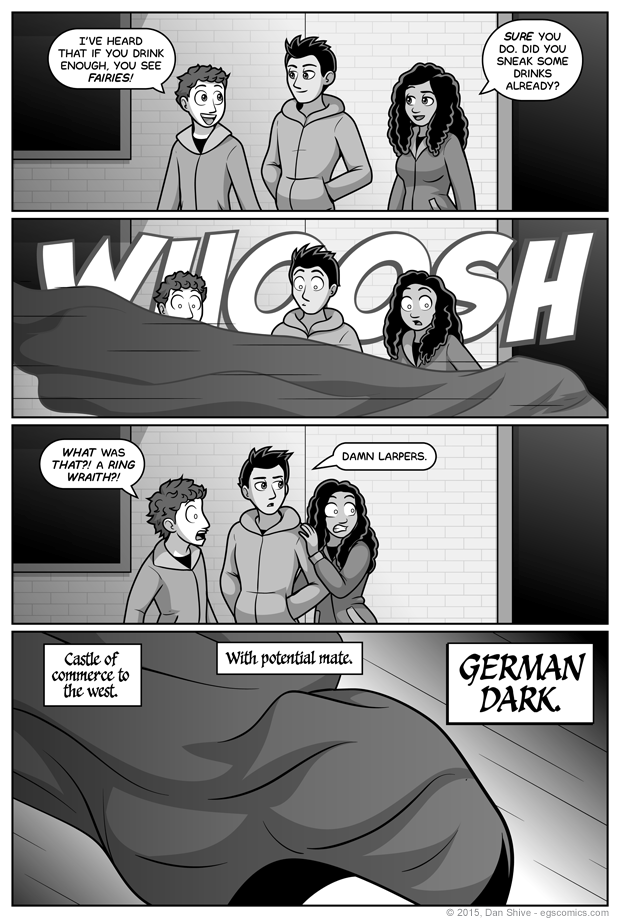 The comic marks the end of Part 1 of So A Date At The Mall! Which doesn't really mean anything other than the next comic being the comic where Part 2 will begin, but whatever. This is officially the Part 1 cliffhanger, darn it.

I originally intended this comic to just feature two random extras, but a fair question ever since Ellen, Nanase and Diane showed up at Charlotte's apartment has been "where are Charlotte's roommates?" Granted, it doesn't really matter where they were beyond "not at the apartment", but hey, any excuse to show these three again is a good excuse.

And for anyone who doesn't know, Live Action RolePlayERS.