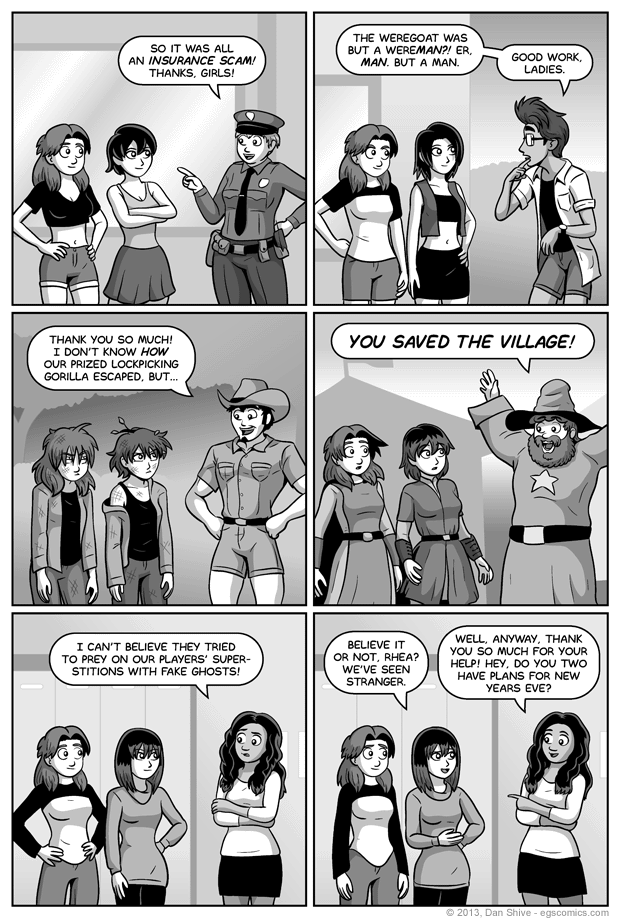 And thus begins a whole new comic storyline, titled... um... I'll get back to you on that. I'm having trouble thinking of decent titles that aren't hinting so hard at what to expect that they may as well be in spoiler tags.

Well, I might not have named the storyline yet, but I did name a new secondary character. That's gotta count for something, right?

This comic addresses a matter that was first sort of brought up in the previous storyline, which is that Nanase dyed her hair red at some point, but allowed it to grow out again, resulting in a mix of red and black. I hope to batantly state this at some point within the comic itself, but for now, it's there for the observant (and/or those who read these commentaries) to see.