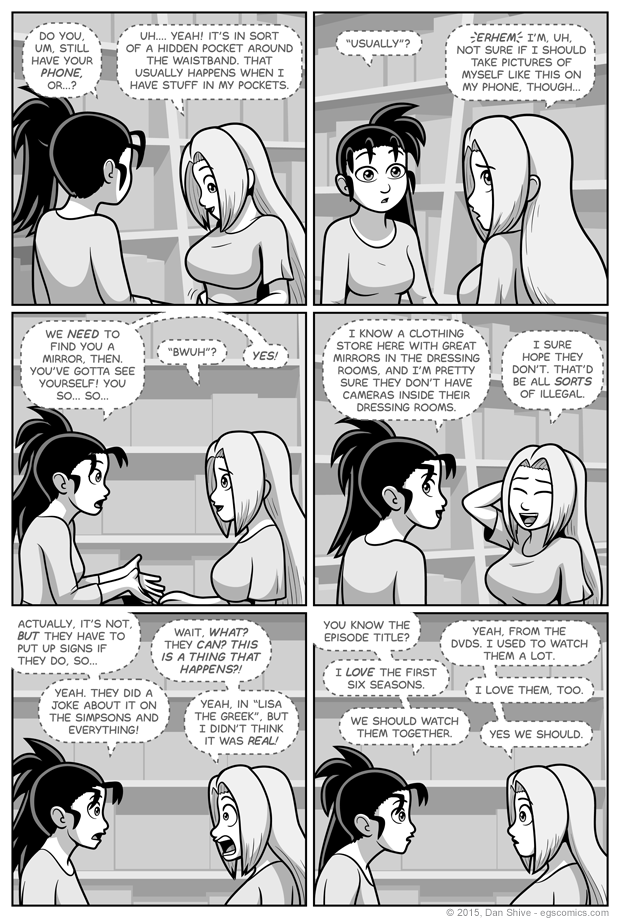 The bit about The Simpsons in this comic is a result of me writing Elliot's reaction to the surveillance and experiencing a personal crisis of canon. While it wasn't exactly confirmed early on, I've considered it canon for a long time that Elliot was a fan of the first few seasons of The Simpsons, and the "Lisa The Greek" episode did, in fact, address this issue, so... Shouldn't he know that already? I felt I HAD to address it even though it would probably only bother me.

In fairness to Elliot, I didn't know if the show was basing that on reality when I first saw that episode, either. Granted, that was back in early 1992, but still. In any case, it IS based in reality. Depending on what state you're in, it's legal to have security cameras in there in the USA. They can even be behind two way mirrors. The people monitoring have to be the same gender, they have to put up signs, and it isn't allowed in every state, but it is, in fact, a thing that happens. Blargh.