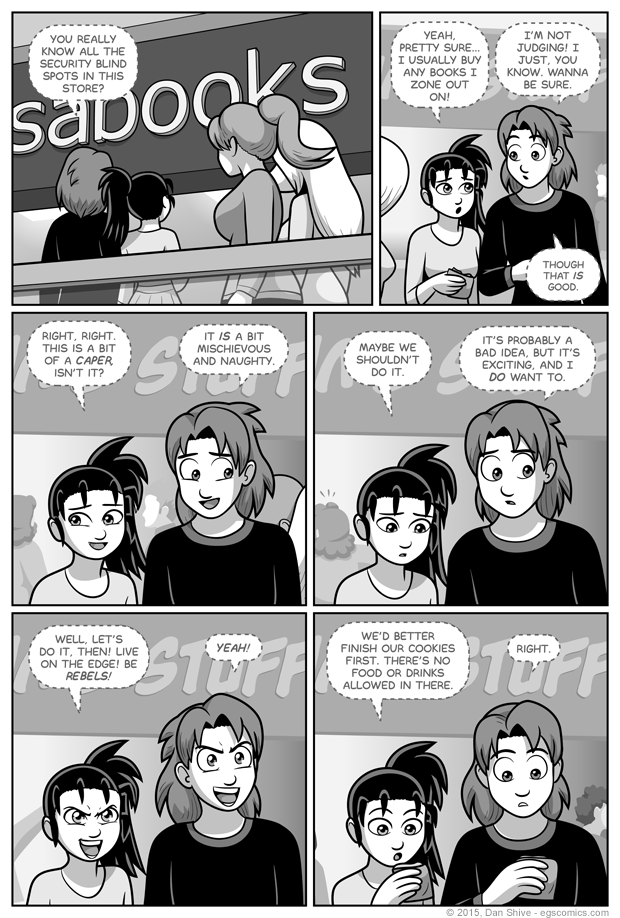 It's only a matter of time before their massive crime spree.

That store the entirely unfamiliar background character is so interested in is simply called "Anime Stuff". I tried to make that more obvious, but it didn't work out. Heck, part of me wishes I should put another divider with plants behind Elliot and Ashley in this comic, but darn it, those aren't EVERYWHERE in this dang mall, and in my mind this book store is on a second floor by some railing, a view of the first floor from above, and other stores on the opposite side.

Nonetheless, self critical artist is critical.

Speaking of store names, I called the book store "Tonsabooks". I probably should've hyphenated something, but I'm pretty sure there isn't a real world equivalent, and that's good enough for me.