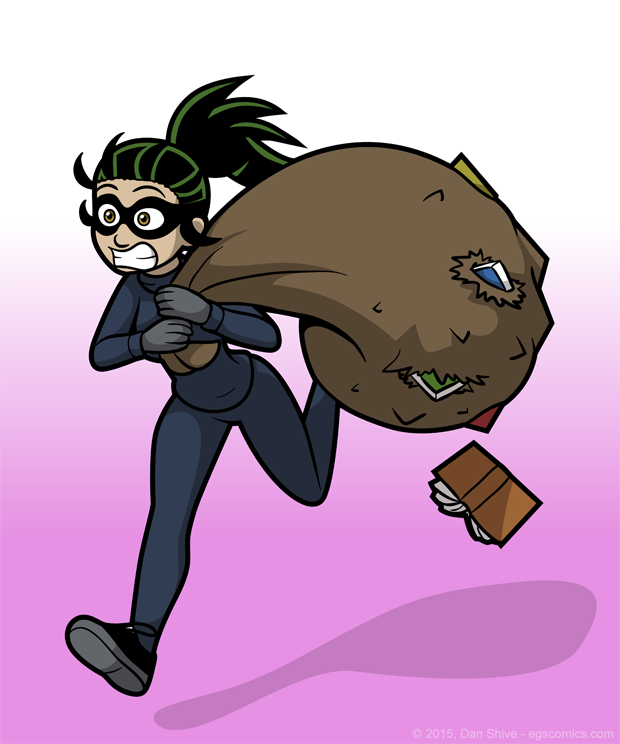 I'm going to be adding sketchbooks when I can whenever I can as fast as I can without being sloppy about it and/or delaying EGS:NP / story comics. I'll announce new sketchbooks at the bottom of story comic commentaries as usual.

That said, I was considering having a fantasy half-panel of book stealing Ashley in the referenced story comic, but as much as I liked the visual, I felt the comic was funnier with just the awkward pause and their faces. For the record, Ashley wouldn't steal books. It's entirely possible the closest to evil she gets is arguably reading more than she should before purchasing books in bookstores.