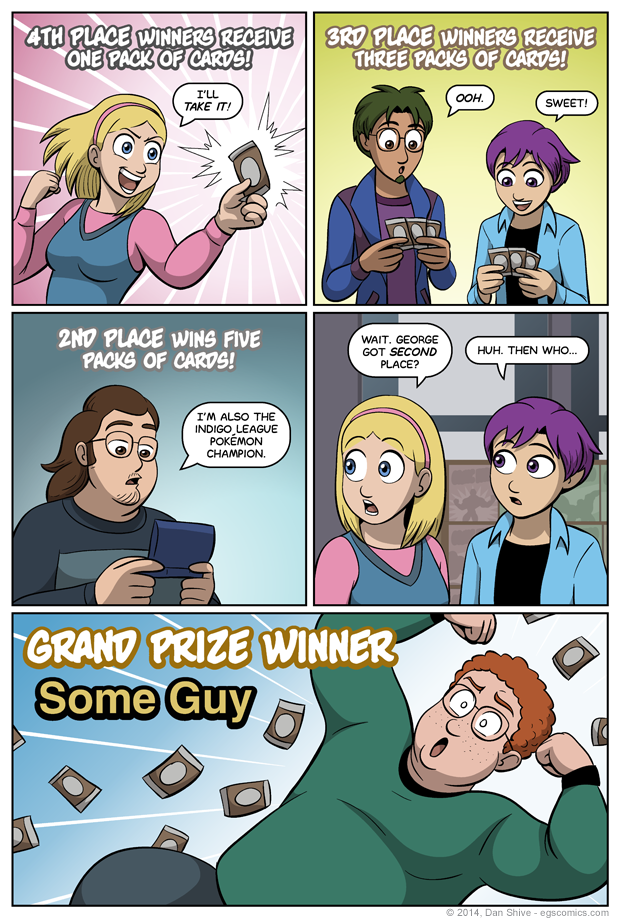 Some Guy's winning win record had been previously hinted at in a few ways.

1 - Tensaided's grumpy face in panel four of this comic. He was grumpy because he just lost the first round to Some Guy.

2 - Tensaided's second opponent was Sarah. who lost in the first round. Assuming people were playing against opponents with similar rankings in the tournament, it suggested Tensaided likely lost his first round.

3 - Some Guy's final opponent was George, who had at least won the first and second round.

Granted, 2/3 of those depend on one knowing people were being paired against people with similar win records, but still, Tensaided grumpy face.

No new classic commentary, if you missed it in the EGS:NP commentary for Monday, there were 25 added over the last weekend.