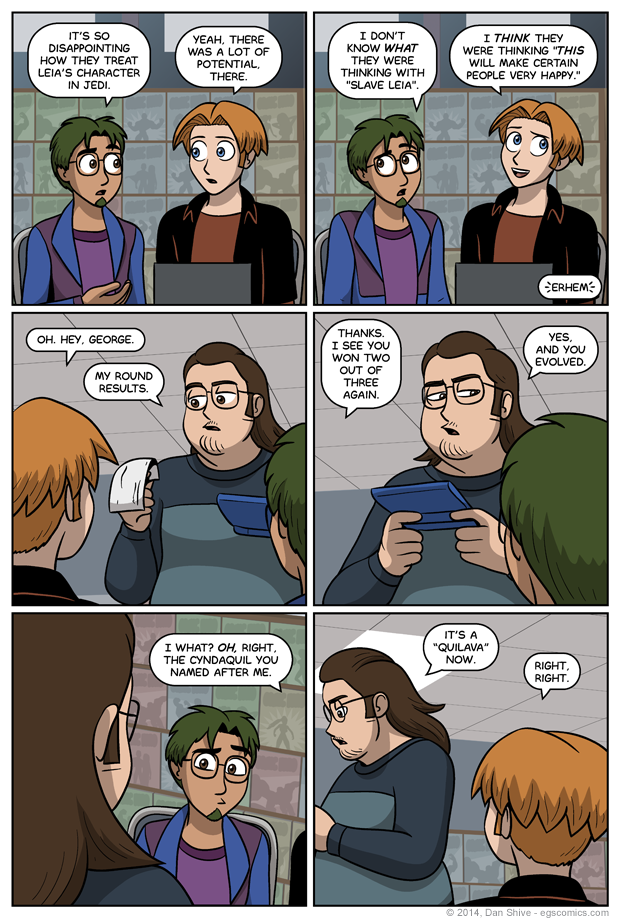 - George meeting Elliot
- "You're not like this with my other friends"
- Possibly relevant
-  A cyndaquil named after him! What an honor

For those who don't know, Cyndaquil is a pokémon, and pokémon evolve just like real animals in real life. People put them in balls, and then they fight, and then they transform into new things! This is how "Cyndaquil" became "Quilava". This is also why teaching evolution is such a controversial subject, as it begs the question of who put lemurs in balls in order to evolve them into humans if humans weren't around yet.

I assume I at least used to find "slave" Leia attractive. I was once at an age where "she's wearing something resembling a bikini" would've been adequate. I can't actually remember liking it, however, and there are at least a few reasons for it, the most arguably amusing reason being that I can't imagine a metal bikini being the least bit comfortable.