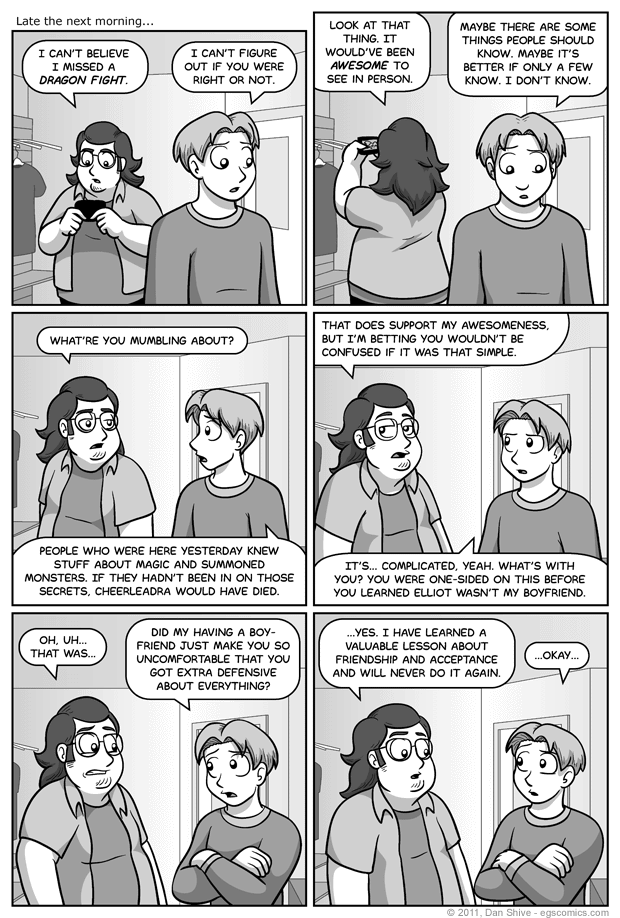 Posted June 23, 2011 at 1:00 am
When last we saw George...
People were able to get a little footage of the dragon before Noah jumped in, Presumably from the bushes or something. I'm not sure where they were, but someone got it, darn it. I'd like to think at least one of them was that silver age gangster guy.

Today I learned that my readership has a limited tolerance for my making My Little Pony jokes every time the subject of friendship comes up. Unfortunately, I cannot resist the urge to make such jokes, so here's another letter. I have no idea how to send it to you, so it will probably wind up being thrown into a random fire, but maybe that'll work. I'm not sure, to be honest.

I don't know about you, but I totally buy George's statement in panel six of this comic. Speaking of buying, if you agree with that, I've got this awesome bridge you can buy. Seriously, it's great. It's a bridge and real and everything, and it goes somewhere people might want to go.