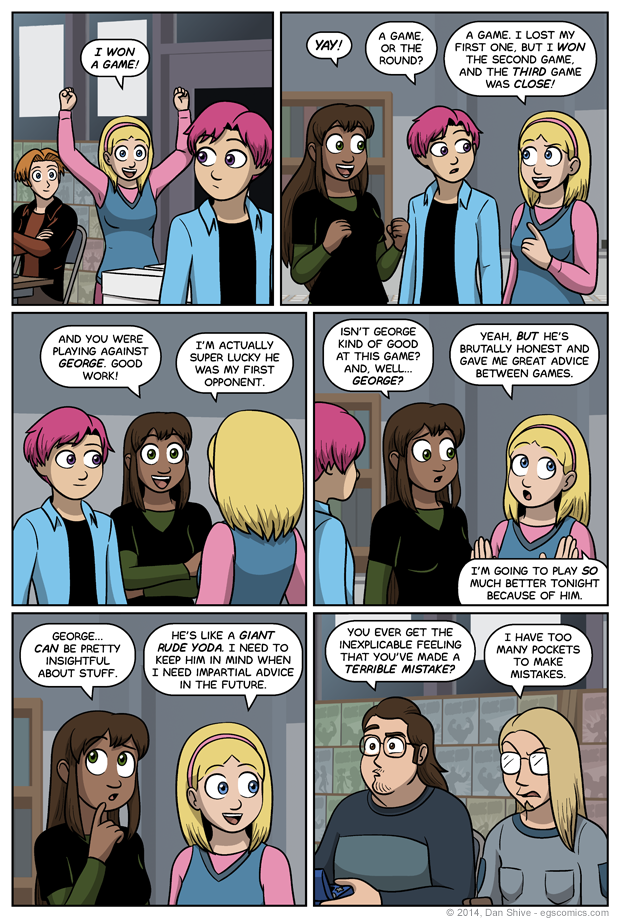 This is essentially the comic that was originally going to follow Tedd's game with Larry, though with some significant changes. For one, Tedd wasn't going to be present at all, and I was instead trying to figure out what Justin's part in the conversation would be. Obviously, I have since decided that Justin is judging from a table by the entrance, but I had originally imagined him behind the counter with Grace.

Speaking of which, LOOK! JUSTIN! HE STILL EXISTS! He'll get more to say soon, don't you worry. Dude's judging a tournament, and that's serious business.

As for whether George will make actual eye contact with anyone before the end of this storyline, your guess is as good as mine.