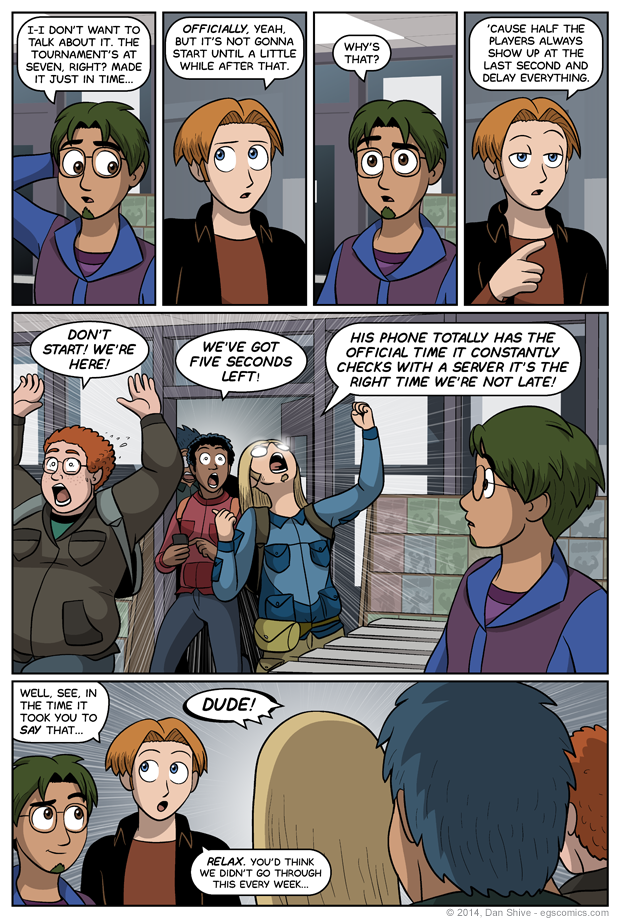 - One of several reasons why tournaments run late

I'm not saying this happens at all comic shops at all card tournaments, but the only difference between what's happening in this comic and what I would see happen is the last minute players acknowledging their own last-minuteness. To be fair, it's entirely possible that getting there any earlier might have been problematic for some of those players, but I've known too many people who've been indifferent about being on time to assume that applied to the majority.

Unlike me, of course! I'm totally awesome about punctuality. I'm on time for all the things forever! Don't ask around about that, though. For reasons.