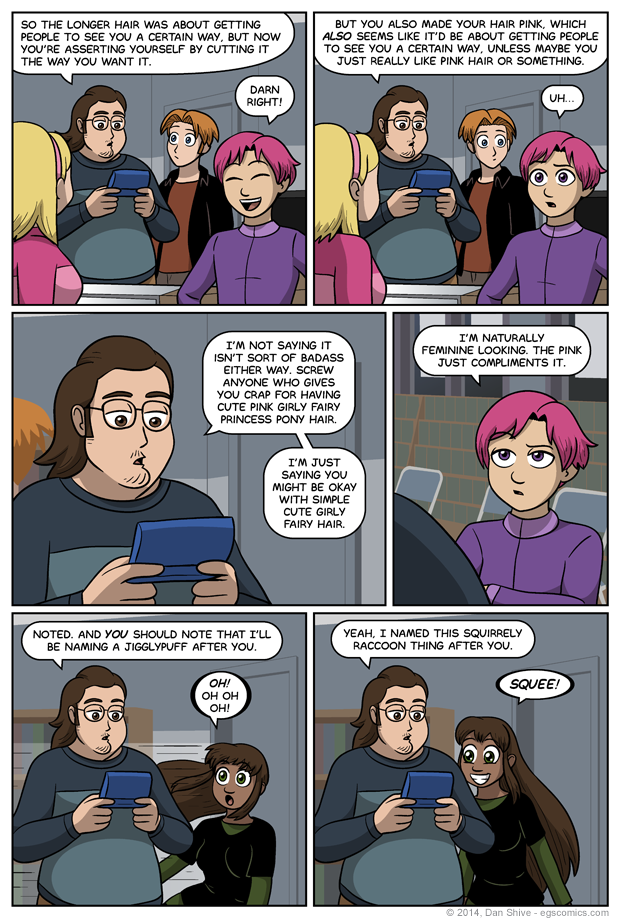 I've had George move around a lot unnecessarily in the past while playing portable games, but I found it more amusing for him to practically be a statue in this comic. This also had the added bonus of being easier to draw, but I'm sure that had no impact on my decision.

Poor Justin's stuck moving around a lot for my convenience in this comic. "Oh, George needs to be where I am now? Okay, I'll step back a bit. Oh, Grace is going to need to be to George's left in panel five? I'll just sorta wander off in panel three. If anyone asks, I had a good reason for moving just then." It's the sort of thing I probably shouldn't point out, but I'm doing so anyway because it amuses me.

And no, George doesn't know of Grace's Squirrel side. He was just inexplicably reminded of Grace when he caught that monster.