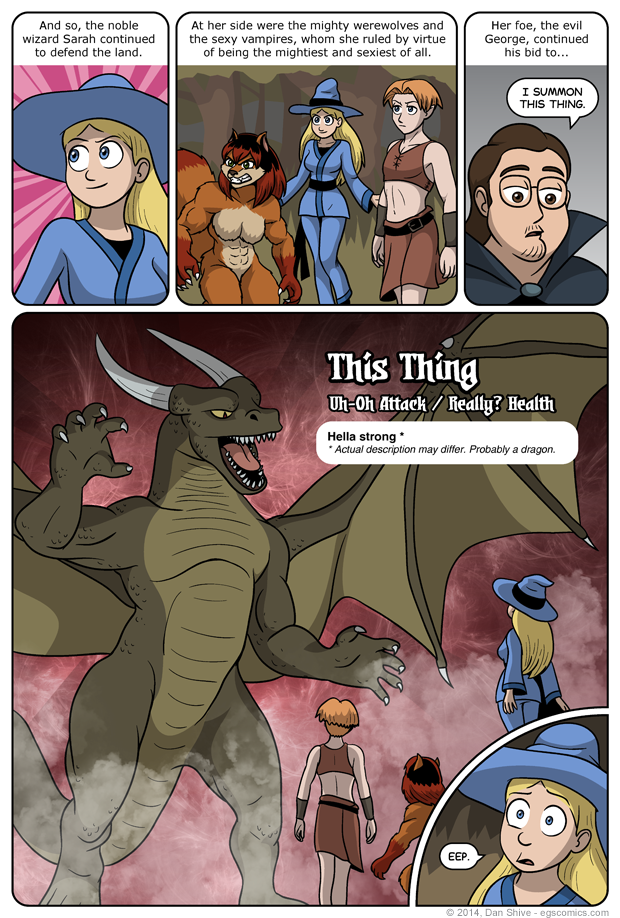 It took me a while to settle on who would represent Sarah's cards. I briefly thought of vampire Susan, but then I thought about it some more and decided that would be somewhat hugely inappropriate.

So we get Justin instead! It wasn't until later that it occurred to me that I had no idea what sort of midieval fantasy outfit he should be wearing, but Sarah's narration was "sexy vampires", so... Yeah. MIDRIFF. As was the case for vampire Sarah, vampire Justin has more pale skin and hair than normal Justin.

As for going with Nanase for the werewolf, well... Her last name, Kitsune, is Japanese for "Fox". This kinda sorta had to happen, really.