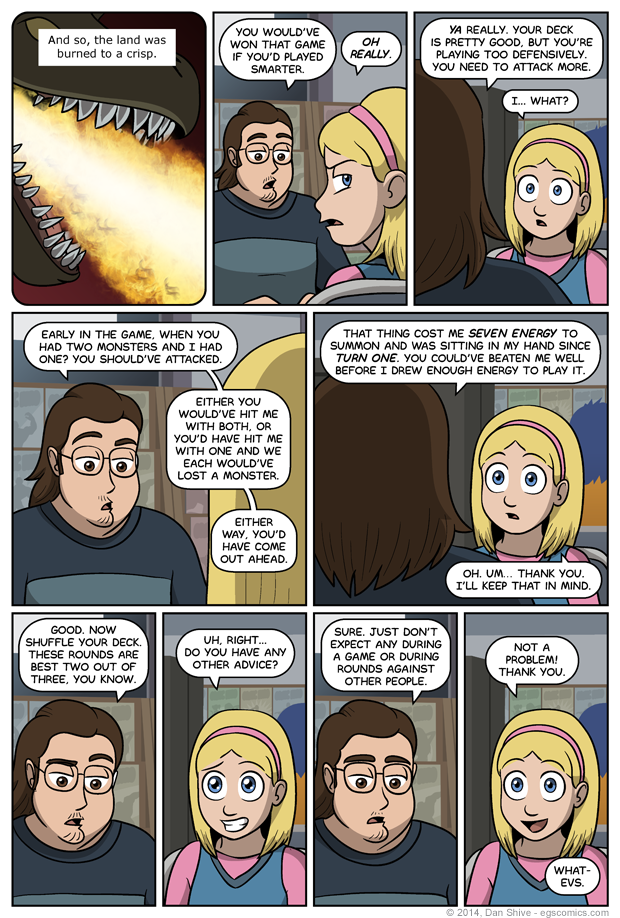 Okay, so I guess we know at least ONE technical detail about that dragon. I guess two, if you count it being a dragon, WHICH YOU SHOULD.

One reason that George provides a reminder that the rounds are best two out of three is that people have been asking about that after the most recent comic with Luke. I find not remembering understandable given time between updates and how many comics it has been, but behold the tournament rules as told by Justin. Rounds are best two out of three, and they get to keep playing regardless of their overall win/loss record.

The other reason George is the rounds have time limits, darn it, and Sarah needed to shuffle her darn cards before their next game.

I've noticed that some card players can sense when they're playing against someone who is inexperienced and will offer helpful advice after games, and sometimes even during them. Not everybody wants that sort of help, but it can be a nice gesture if nothing else.

Then there are players who will totally dish out advice but are less interested in helping newbies and more interested in simply looking smart and knowledgeable. These players are not necessarily either of those things.