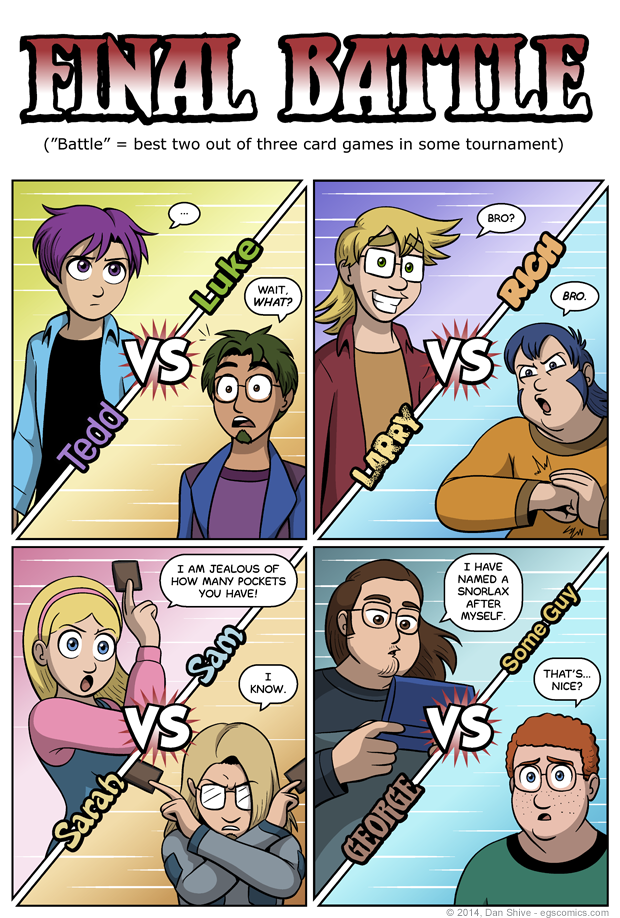 - Compare with round one

This comic was a lot of fun to create, and I would like to think it's a vast improvement over the previous "Vs" comic. Granted, we knew Tedd was going to play against Luke, but I wanted to show Luke reacting to discovering this fact, and there's the other significant pairings as well.

That said, I'm not gonna lie: I had a heck of a time figuring out what exactly to do with everyone in the final round. I expected it to be easier, but that's because I'm an optimistic fool who believe his glass to be half empty as opposed to plotting to spill over expensive electronics at the first opportunity.

That said, I'm over that hurdle, and it's time to listen to "You're Not Me" from the Yu-Gi-Oh! movie soundtrack on repeat until this part of the story is over.