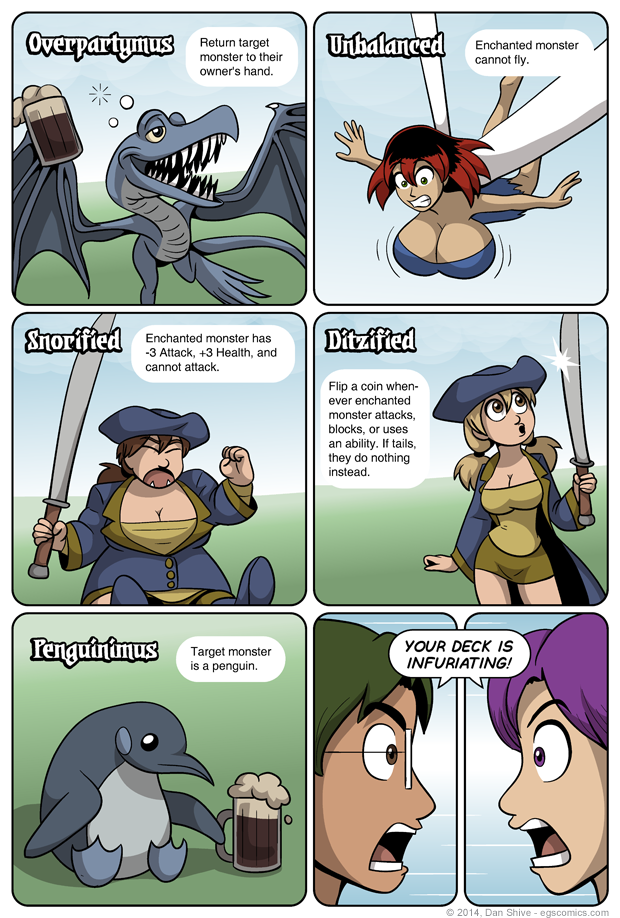 Well, I did say I would happily make more chibi panels.

I decided the best way to do a montage of Luke and Tedd's game was to simply show what sort of cards they'd be using against each other.

For the most part, I believe them to be pretty self explanatory, though I will note that panel three's card is a reference to the pokémon known as Snorlax, an enormous beast that spends most of its time sleeping and obstructing paths. I'm sure panel five, meanwhile, requires no additional information or clarification.

A goal of mine in panel two was to make the artwork more silly than tanalizing or realistic, though it has now occured to me that the panel might work as a keyframe in an at least somewhat realistic-looking animation, so... I dunno. You tell me if I succeeded.

Fun fact: Panel four is adorable. No, that's not subjective. It is a fact, and it is fun.