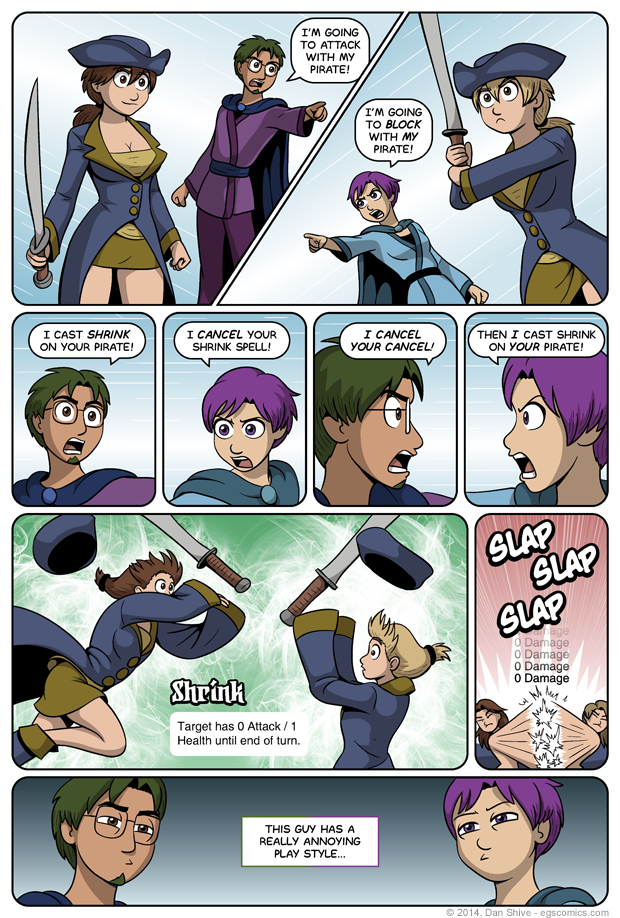 This interaction between Tedd and Luke is tough, as the one topic of conversation that would be most noteworthy for them to discuss is one they're both actively avoiding.  This means I have to approach things from another more sneaky angle of sneakiness.

It took me a while to decide on how to approach and ultimately create this comic, and one aspect that was difficult to decide was what "monsters" they would have on their side and which character would represent them.  I'm surprised I didn't think of Ellen and blonde Elliot sooner given the mirror nature of their card game.

EDIT - This comic was briefly posted with more varied background gradients that I quickly decided I didn't really like. I'm going for less of a defined narrative in terms of backgrounds with these two given that neither are roleplaying as Sarah is (hene gradients and effects), but my attempt to make things a bit more fancy wound up feeling busy and like Luke and Tedd weren't even on the same playing field.

So blueish background for both it is! For REASONS. Reasons possibly related to the variety of spells they're using.