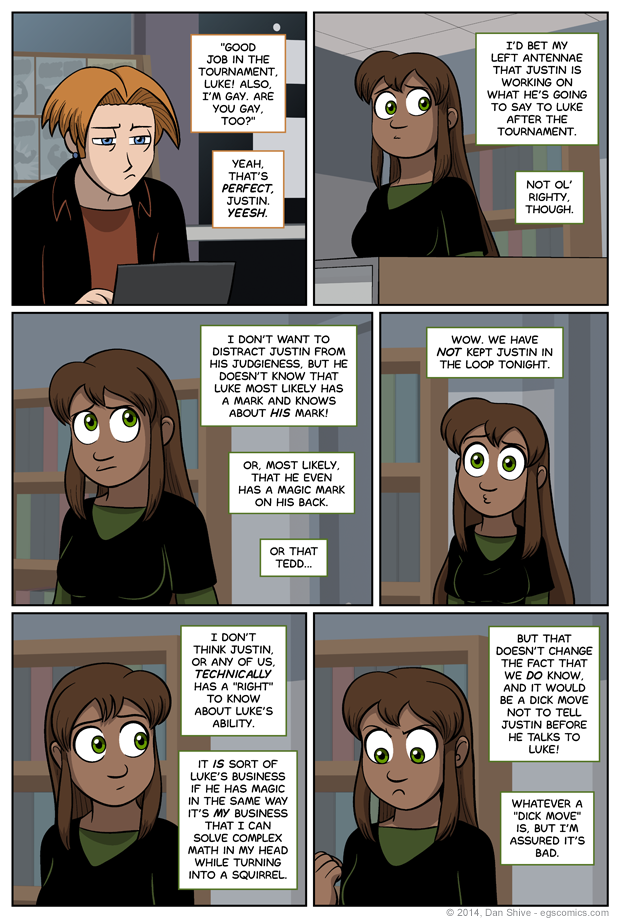 - She's gonna get to keep lefty

Justin's judgieness really has resulted in him being behind on various developments. Card games are, of course, top priority, however, so this is understandable.

Speaking of Patreon funded, there was a LOT of stuff added last Friday, including four sketchbooks and twenty commentaries late in the day. I'm making note of this here just because some of it was posted late in the day on a holiday, so I wouldn't be surprised if some of it were missed.