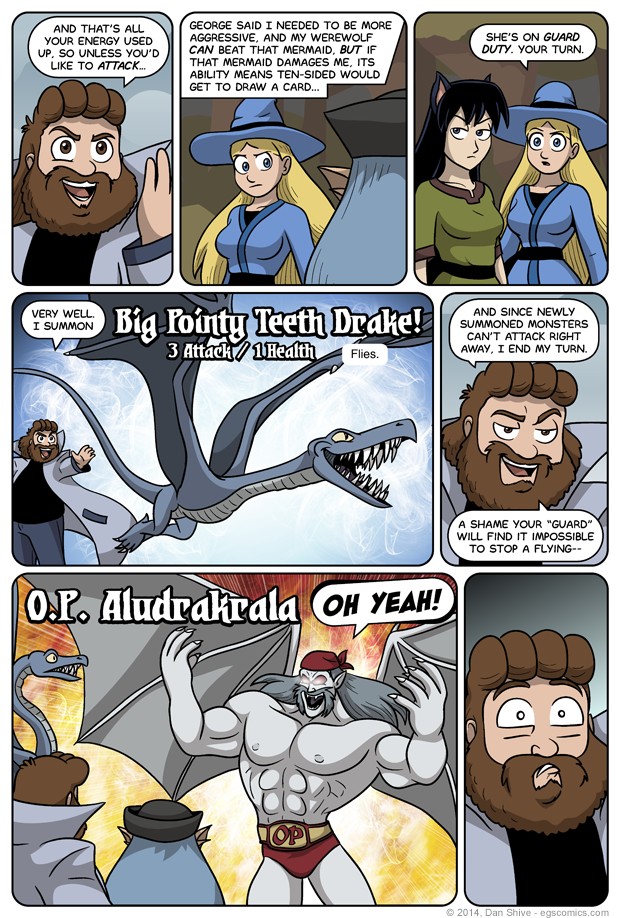 - Aludrakrala
- So THAT'S what that drake was

I wasn't entirely certain I was going to bother showing this moment on account of it being rather clear what was going to happen based on the previous comic. In retrospect, it seems a silly notion to skip that look on Tensaided's face.

That said, I had no idea what the mermaid's ability was when I made the previous comic. I just thought a bearded pirate mermaid was something everyone wanted to see. Lucky choice, as it makes sense that it would have that sort of ability (drawing a card = pirate loot). Yar.