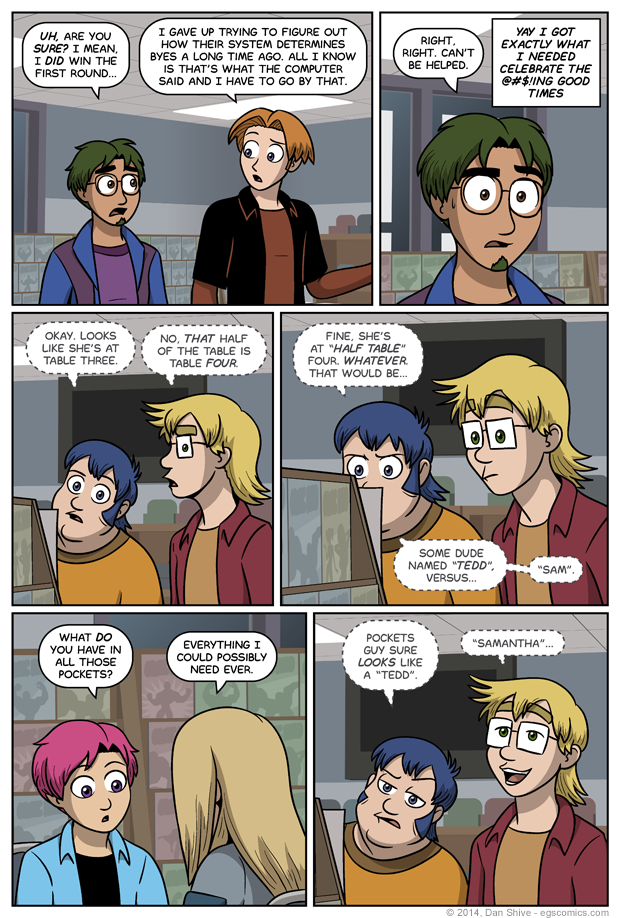 - Freaked out Luke
- Scary Grace
- The introduction of Sam, as he must now be known
- Opening packs of cards is serious business
- Sam's relevance is undermined
- Sam doesn't make mistakes

Sam wasn't originally going to be Sam. I just needed an extra to shout something about his friend's phone and wound up giving him a bunch of pockets for some reason. Now Sam is Sam. Thus is the power of pockets.

It was tempting to reply with "wait one day" to all the feedback regarding Luke's bye, but following my own advice was easier. In theory (and as I understand it), whoever's in last place should get the bye, which would probably be Larry (short of him being tied for last with two losses and no win). This is the EGS universe with its own system, however, and it's entirely possible their's is a glitchy and/or otherwise flawed one.

Granted, I personally recall exceptions to this, as have some people I've talked to. We could be mistaken, of course, but frankly, that's not important here. What's important is DEMONIC DUCK! *Flees*