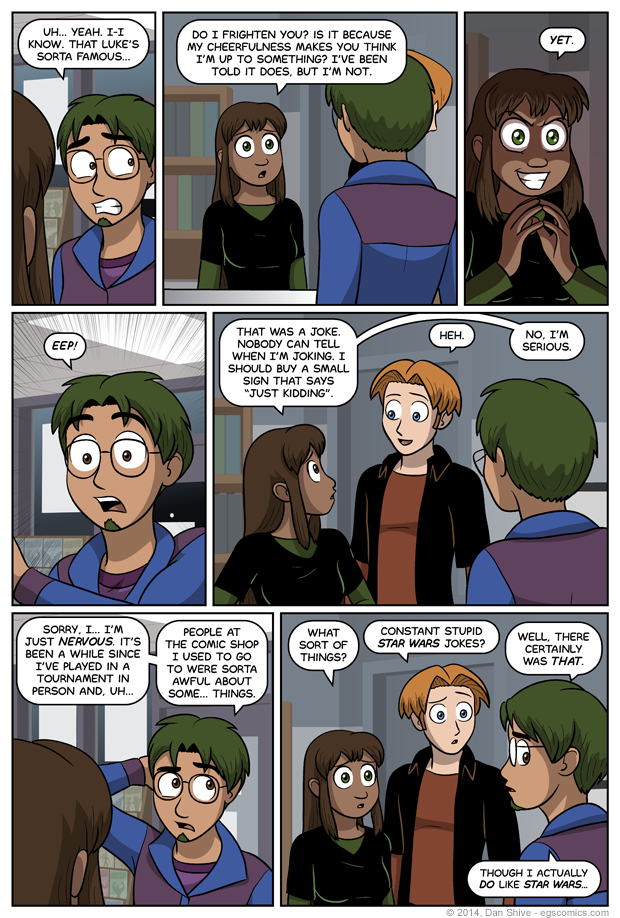 That reason may well remain a mystery forever! Or be explained Monday. Or a bit later than that. I basically just wanted to make a joke about it being a mystery forever but I want to be clear that it won't be while not giving an exact date but it's proving more complicated than expected how do I escape from this paragraph I seem to have abandoned all punctuation this is a nightmare aaaaaaaaa

Anyway, people have praised my memory when it comes to linking to reference comics before, but the truth of the matter is that it's usually not that complicated. I have offline versions of all the comics arranged in folder by storyline, and I can usually remember what key points go with what storyline, so it isn't that hard to track them down.

The less plot specific the joke, however, the less likely I am to be able to make people think I have a super magical memory. I bring this up because I'm certain there are Grace moments I could link to that are applicable to a lack of certainty regarding her joking (commented on by the characters themselves or by me in the commentary), but I'm having trouble remembering exactly where these moments can be found. Perhaps I will recall after some sleep and can link to them Monday or something, but for now, I will simply assure the universe at large that these moments do, in fact, exist.

in any case, I like there being some ambiguity regarding whether she's joking at times, so she's not likely to be successful in acquiring such a sign.