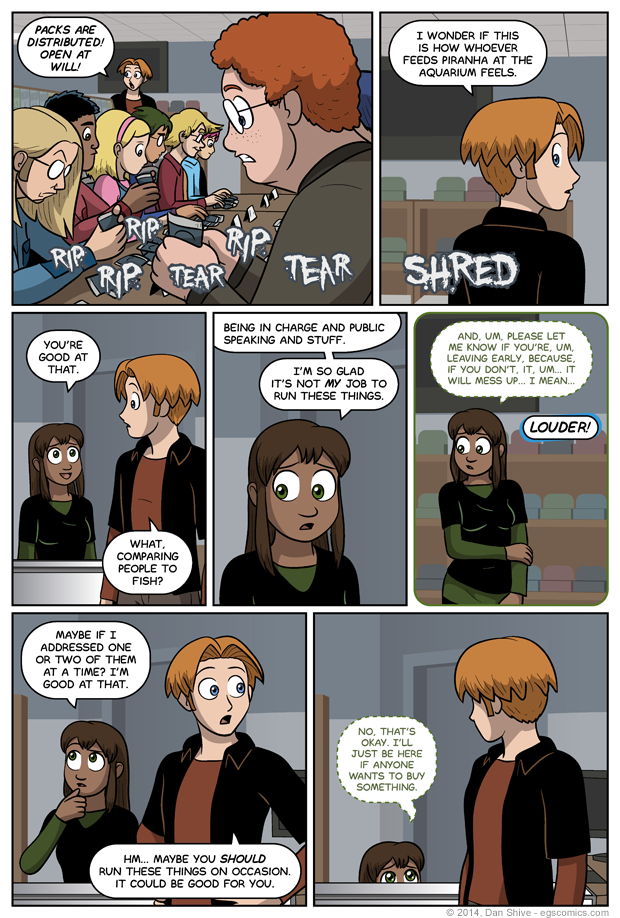 One might be wondering why Sarah and Tedd are separated, and the answer is simple: Even when all that's happening is the distribution of packs, players are told where to sit.

I posted yesterday's comic knowing full well that someone somewhere would accuse me of explaining more than was necessary about the rules of the tournament and that I would have to put up with it for at least twenty-four hours before the comic itself could make it apparent that the rules themselves weren't the point.

Okay, some of what Justin said is good to know, such as being able to keep playing if one loses a round, and I did want to poke some fun at real stuff that happens at tournaments, AND I didn't receive any of the complaints about Justin going over the rules that I expected to get, BUT STILL!