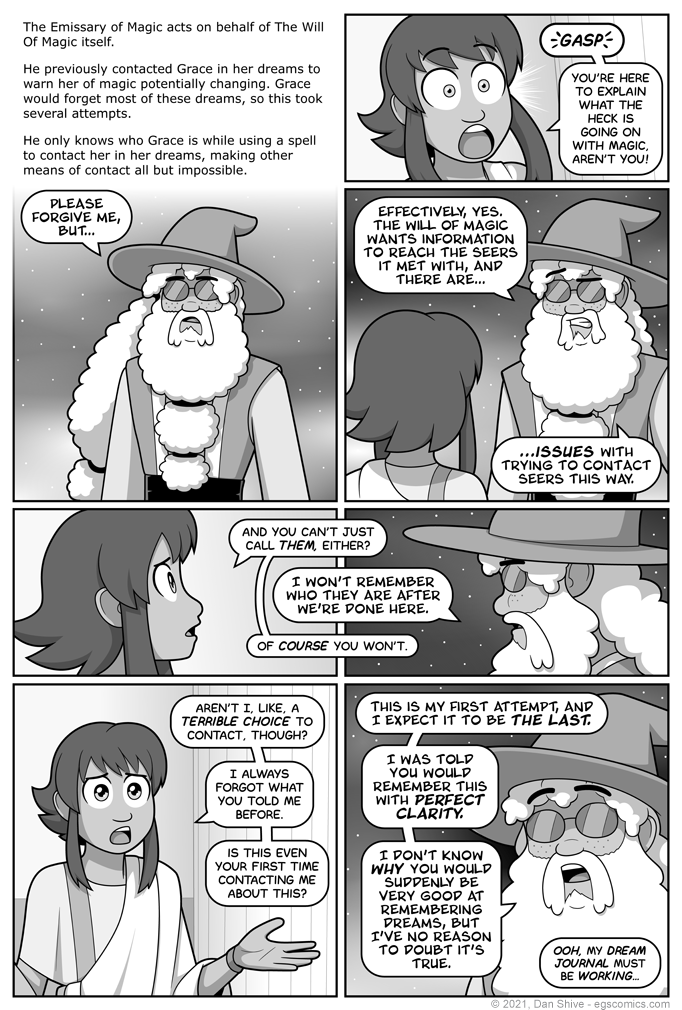 There are a lot of reasons I wanted to start doing more narration, but one was recapping. There are years of comics, and only so many ways to pull off "well, as you already know..." dialogue.

Why The Emissary can’t contact seers isn’t super important, but I did have a reason in mind that's related to why he paused a bit while trying to explain, and it’s not some big spoiler to share it.

Authorial intent was that The Emissary being barred from contacting seers directly is a leftover rule from when magic could still potentially change.

Seers were like a potential jury pool that couldn’t be directly contacted by The Emissary. The Emissary is a person trusted with a lot of power and knowledge, but if how he has to contact Grace is anything to go by, that trust is limited.

It shouldn’t really matter now, but like so many rules that have outlived the logic behind them, it persists.

Note that the reason is not because of awesome seer magic resistance. You can “sneak-attack” magic a seer, and a spell that targets someone who’s sleeping from some far-off location is pretty darn sneak-attackish.