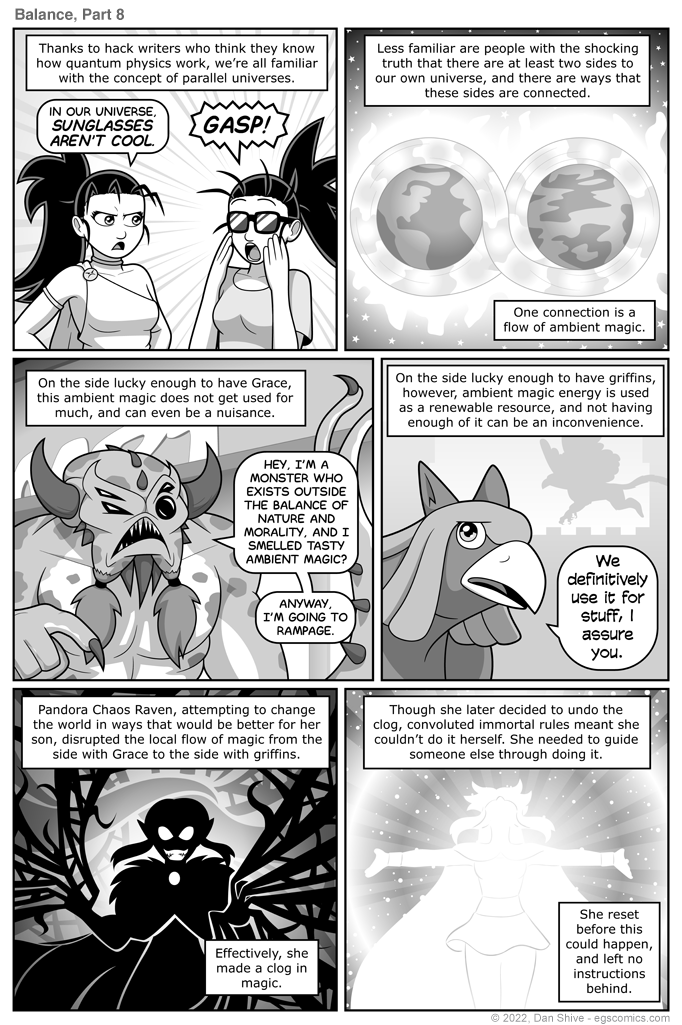 And we're back! Huzzah! Thank you all for your patience.

- Magic buildup acting as a beacon

Before anyone gets too mad about the first panel, please keep in mind that I would be included among those writers.

I felt a quick recap of the situation was called for, and not just because it's information that goes back several years.

One, the "two sides" thing is weird, is similar to another, much more common concept.

Two, I'm not sure when it was last mentioned that the buildup of magic drew beings with an affinity for magic energy towards it. If nothing else, that's relevant as to why people on "the side with Grace" care about this even if they're unaware of the other side, and not generally using ambient magic energy.