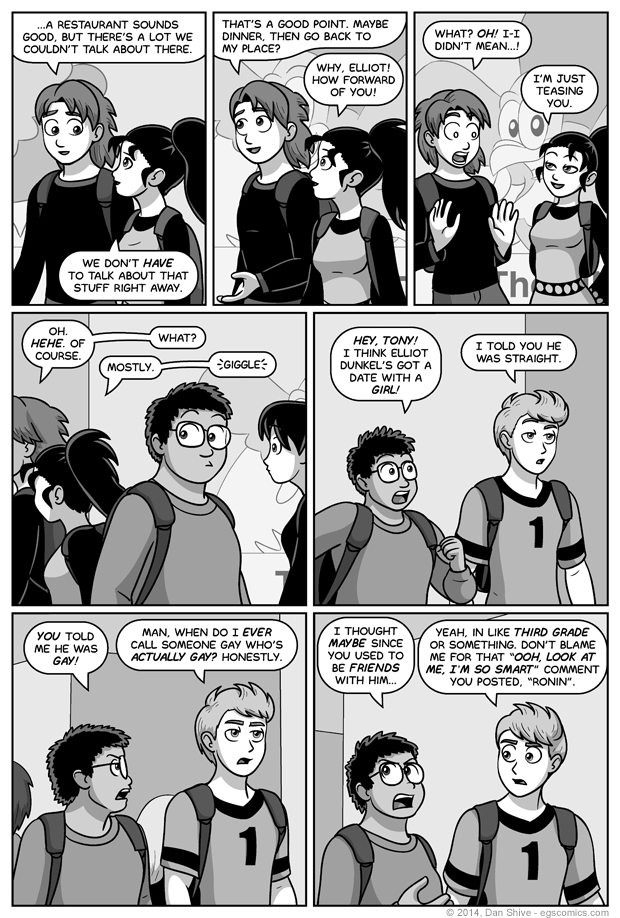 I still haven't named that poor guy! I'd feel worse about that, but it's not like I'm picking on him. I'm just not big on names. That, and he's apparently Ronin, and oh hey I can call him Ronin now. Neat!

That genuinely just ocurred to me as I was typing it, which might seem odd given that Tony calls him "Ronin" in the comic. Fact is, I added that after I wrote that part of the commentary and did so in part because of that realization, but moreso because it leaves absolutely no doubt as to him being the one who left that comment.

I didn't expect anyone to guess him, but I it wouldn't surprise me if someone did. In any case, I wanted people to suspect Tom. His hair was intentionally designed with a sort of "anime / video game sword fighter" feel to it, and (drumroll, please), it's actually why he's named Tom. It was in reference to that dude you might have heard of who was the star of The Last Samurai.

Of course, that totally backfired when people assumed it was meant to connect him to Jerry in some way (and possibly even imply that he WAS Jerry) because of Tom and Jerry. In retrospect, I totally should have seen that coming.