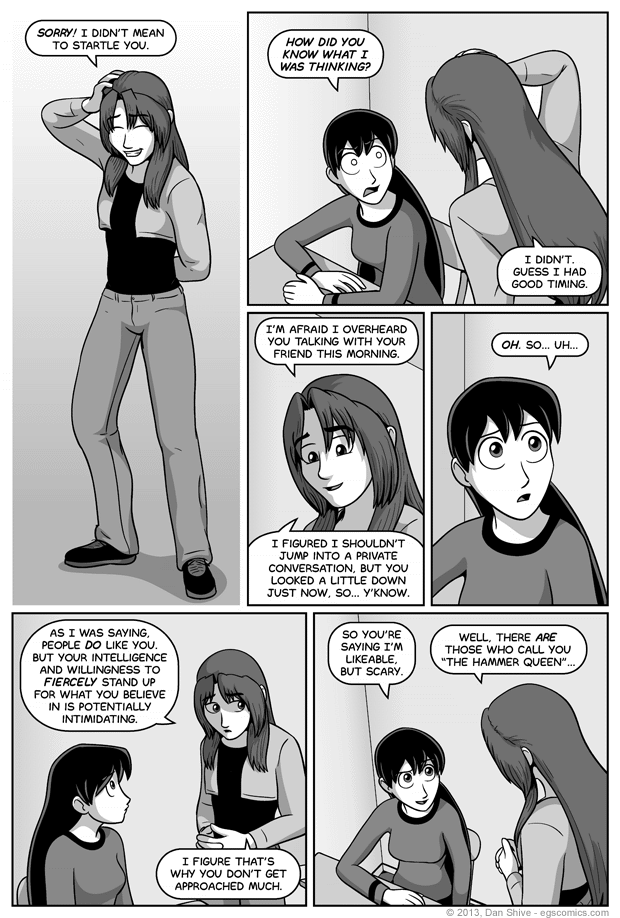 Oh, right. I should probably say something about the comic itself. HMMM... Actually, on second thought, it really does speak for itself, and I can't imagine a single thing anyone reading it could be wondering about that I could address by way of this comic commentary.

EDIT - Actually, I will say one more thing: That's a guy.