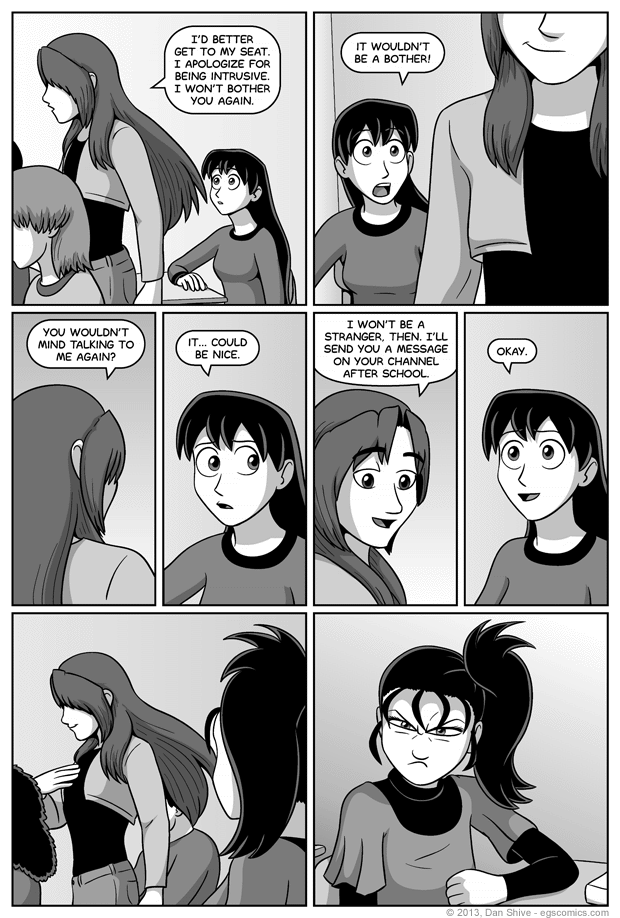 One of these comics, I've really got to find an excuse for someone to say that girl's name out loud. This is getting a bit ridiculous.

Well, whatever her name is, she's making the grumpiest of faces. This can only lead us to one conclusion: She's staring at the clock. The last class period of the day is about to start, and it simply cannot be over with fast enough for her. I've been there.

I remember one semester of High School when I had study hall as my last period, and attendance was mandatory. Technically speaking, it was as valuable as any study hall. Moreso, perhaps, as it would allow one to know everything they needed to get done for the next day and provide a free period to get it done before going home. This was not high school me's attitude. High school me was all like "what's the point this is just a study hall let me go hoooome..."

He sort of had a point, but still.