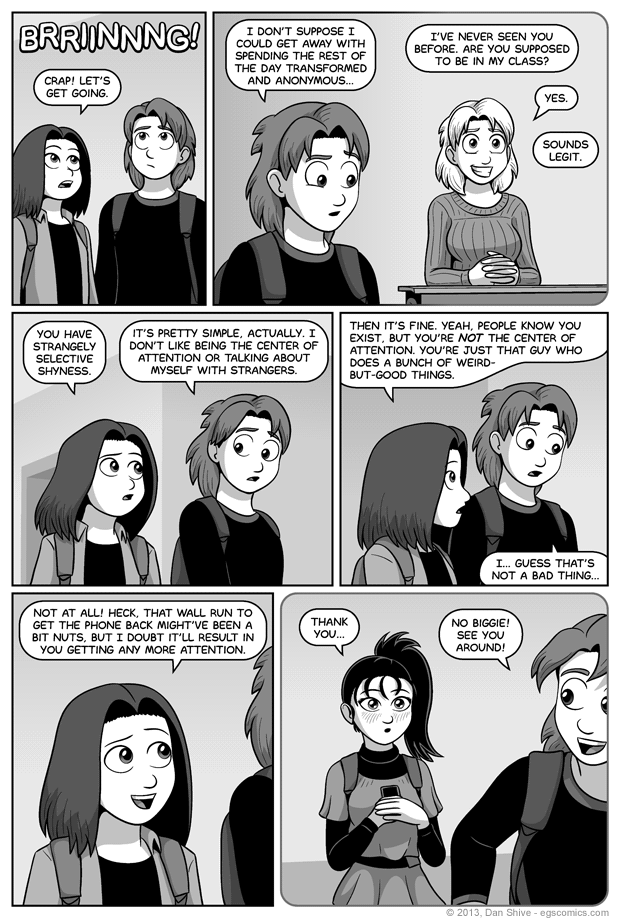 - Shy around most people
- Hey, she looks familiar--OH SNAP!

He's also that guy who does video reviews, but hey, there's only so much room in the panels and there are a lot of guys like that. Some of those that guys wear glasses.

The design of female Elliot in panel two is basically just Ellen with blonde hair and Elliot's hairstyle. She also has lighter eyes, but it wound up being barely noticeable after I shrunk down the high-res version of this comic for the interwebs. I'm glad I bothered!