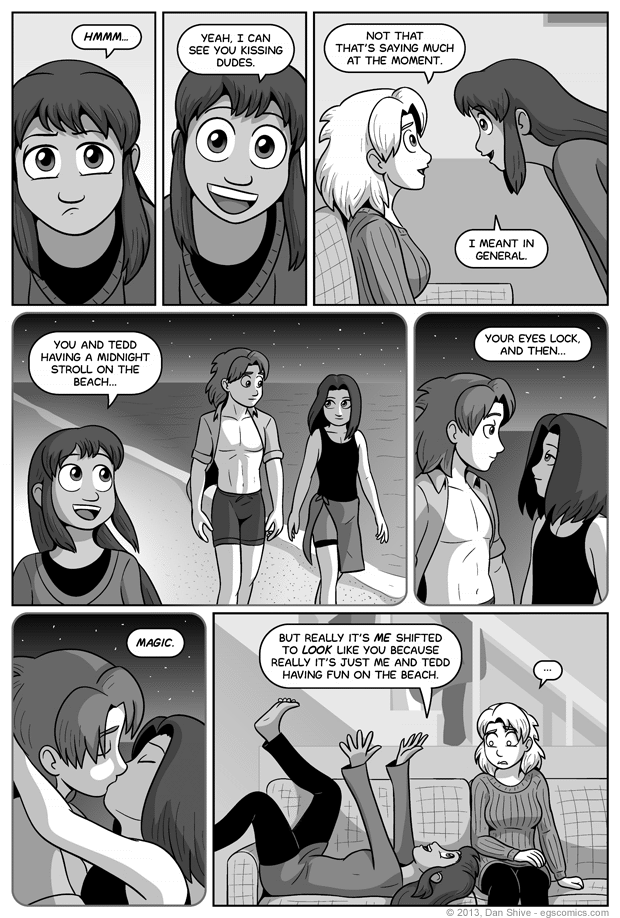 "You two wouldn't actually do something like that, right Grace? ...Grace?"

This comic wound up heavily delayed on account of me finding myself unsure of how I wanted to transition into the next scene and, ultimately, what all it was going to address. I may elaborate in upcoming comic commentaries, but for now, I'm just going to say that "transitions are hard you guys".

I ultimately wound up going with this for a few reasons, one being that I liked the first two panels, and another just being Grace in the last panel in general. Basically, Grace was all like "send me in, coach", and then I did. Yay.