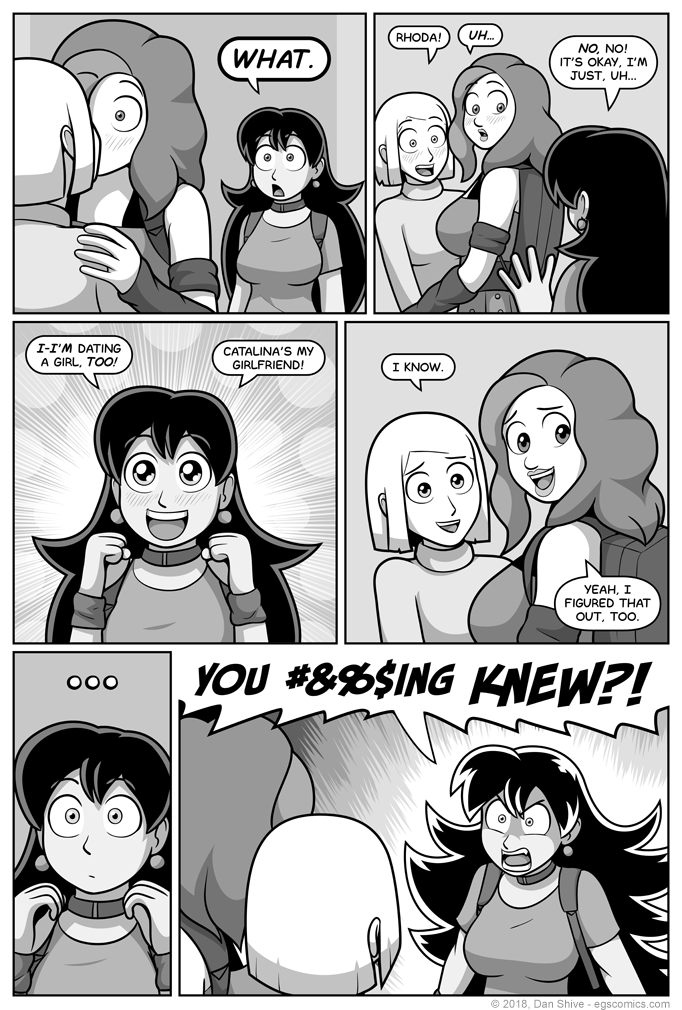 In which Rhoda reacts how I would reasonably expect someone to react after being told everyone knew their long kept and anxiety inducing secret. This is contrary to what I usually see happen in fiction, which seems to be either no real reaction at all, or this "you knew? HOORAY!" sort of reaction.

I considered leaving out the swearing, but coming from Rhoda, I find it hilarious.

Part of me really wanted to have Lucy say "that's why I've been nicer to you lately" in order to neatly wrap up that question, but that would be SUCH a weird thing to say.