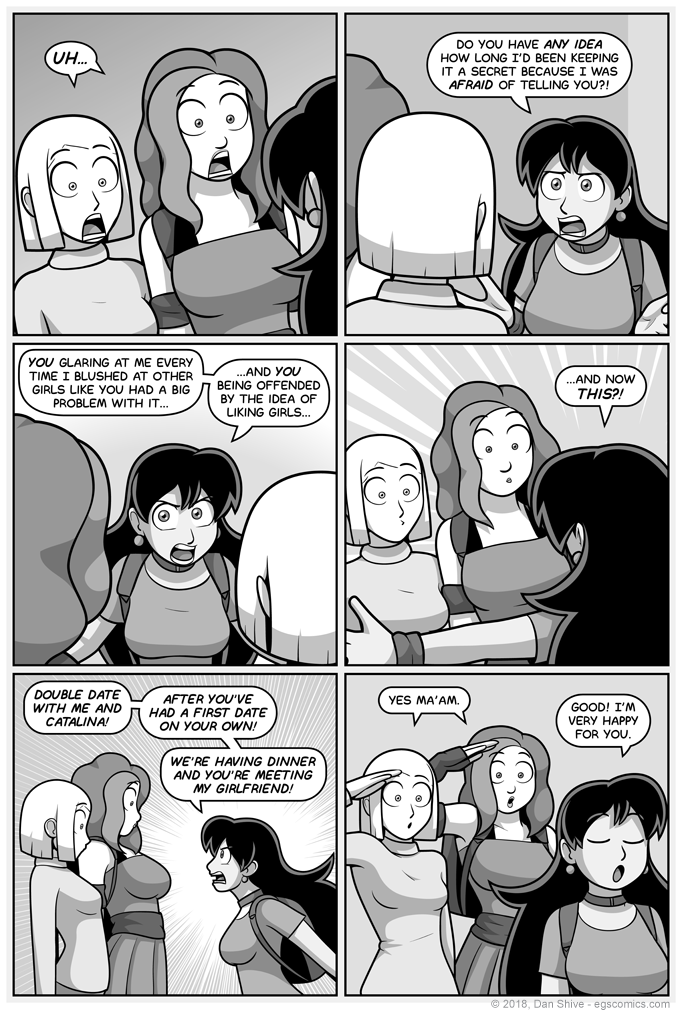 - Because Lucy thought Rhoda liked Diane
- "Of COURSE NOT!" (Diane claiming to not be attracted to Nanase)

I know a few of you will be disappointed by Rhoda not shrinking Diane and Lucy here, or doing SOMETHING magical, but it would have been awfully out of character. Yelling's not something Rhoda's likely to do often, but it's at least contextually appropriate here. Her going all "evil sorceress" would not be.

Besides, if I feel like it, I can draw it as a non-canon fantasy dealie later.

There are additional reasons Rhoda could list in regard to Diane, but I focused on the one that would have mattered to Rhoda most directly. Her rudeness to Justin and such would be awkward to mention here (mostly because it makes it more of a mouthful), and feel like checking off points on a checklist.

I'm perfectly willing to have a character speak "in checklist" if I believe it necessary for comprehension, but here it would just be necessary for people not leaping out of their chairs to remind me of that additional factor.