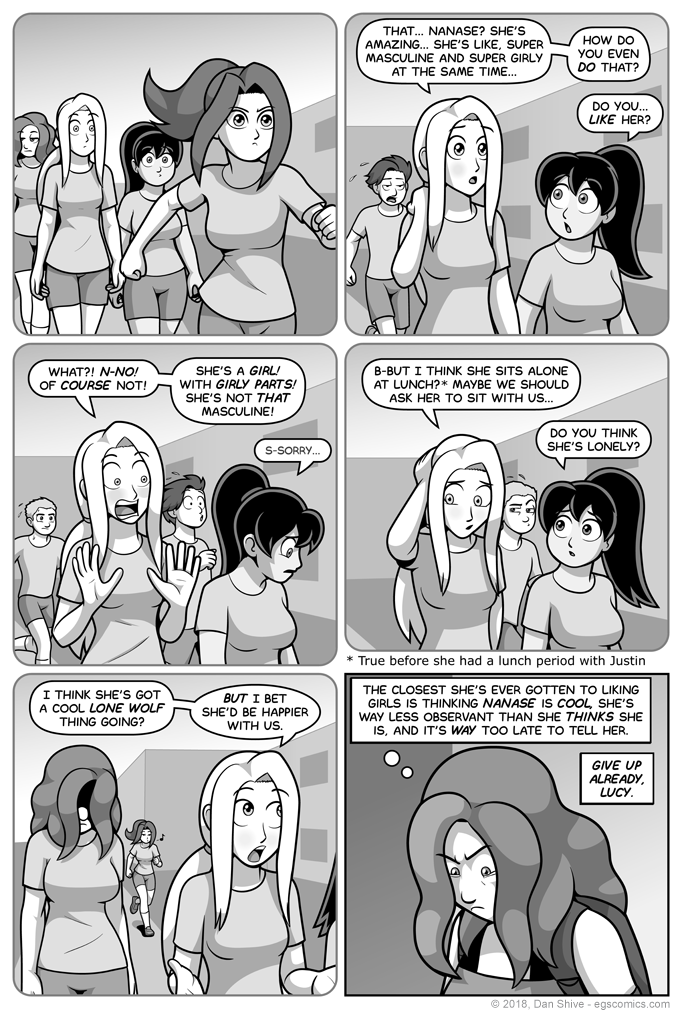 I don't know how universal a thing this was, but when I was in school, they sometimes made us run a mile and time it.

How seriously it was taken, ah, varied. A bit.

When I first introduced Diane, I hadn't planned on her having genuine, real fondness for Nanase. By 2007, however, I did, and everything written since that point has been written with Diane having a crush on Nanase in mind.

Not necessarily a romantic or lustful crush, mind. I was open to the possibility of it being purely platonic. As of a discussion with Susan, however, it's strongly suggested it isn't.

Diane has not, however, expressed any interest in any other women at any point in the history of the comic.

I generally associate school initials with gym clothes, or at least something identifying the school, and I actually did start putting the school initials on their shirts. I wasn't sure if it was a good idea or not, because that much text outside of dialogue balloons can be distracting and busy looking, but I figured I'd at least try to have it.

Then I got halfway through and realized I had used for Moperville North instead of Moperville South, and decided that, yes, that much text would be far too distracting.