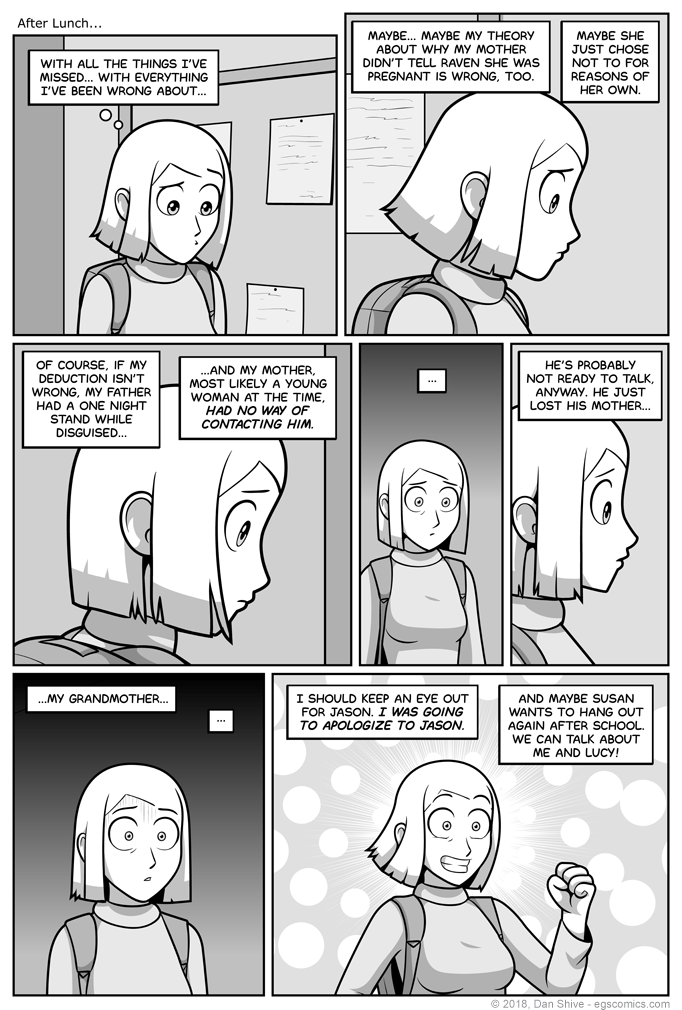 Sidenote - I'm planning to take next week off from story comics. This is so I can focus on preparing the next storyline better. NP comics and sketchbooks will be unaffected.

- Granddaughter
- The why of "deadbeat biological father" (still not an entirely accurate description, but still)
- Susan and Diane hanging out

Even if Raven thought he couldn't have kids, the big question was this: Why didn't Diane's mother tell Raven she was pregnant?

I had been plotting to save Diane's conclusion for a more dramatic moment, but I decided it was better for people to know exactly why she wasn't in a hurry to speak with Raven, and why she was thinking of him in a less than charitable way earlier.

I also realized that everything Diane just went through had humbled her a bit. It makes sense for her to feel less certain about this deduction now, but not so uncertain as to doubt it entirely.

The natural outcome is less anger towards Raven, and more dread of the eventual discussion that will actually settle the matter. It was simpler for her, before.

Which I feel better suits her arc anyway, so BAM! KABLAM! And so on. (Politely sips tea).