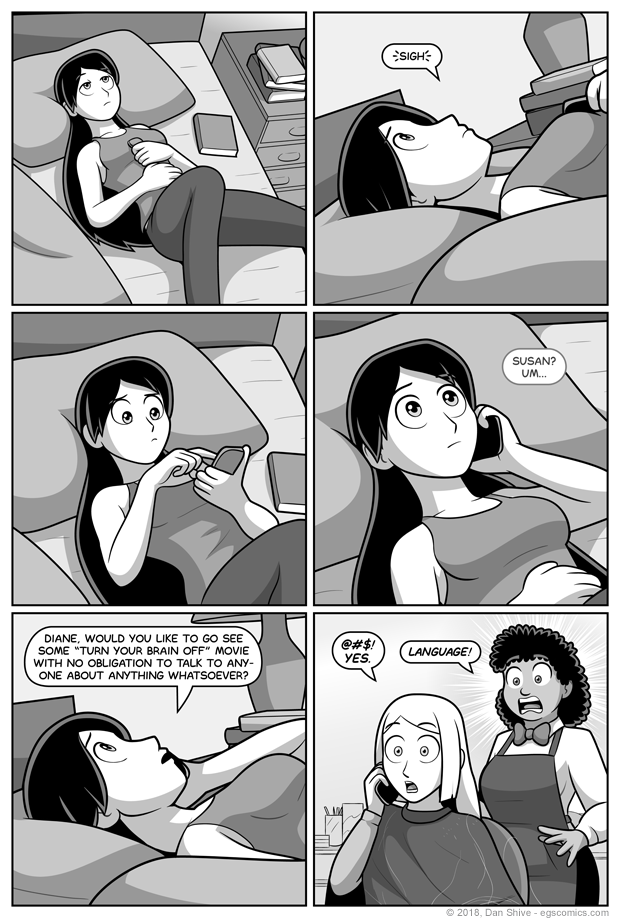 EDIT: I modified how Diane looks in the last panel to be more consistent with how I decided to make her hair look (her haircut isn't done here, but still). Here's the before and after edit (I also added stray cut hairs as further evidence of hair cuttery): 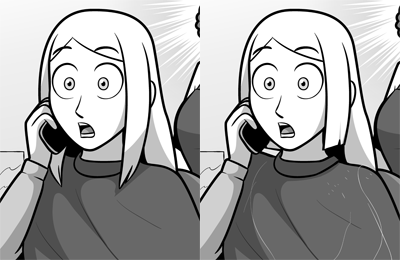 Not talking about stuff loves company.

Well, no, I guess it doesn't as a GENERAL rule, but exceptions can happen, darn it.

And yes, Diane has dared--DARED!--To get a haircut. I am also aware that it's pretty similar to Sarah's hair in this comic, but minor spoiler warning, it's gonna look a little different later (I decided after inking this that it should be shorter in front for Sarah differentiation, and one other change).

I didn't plan this, but I've realized it's super appropriate that Diane is this enthusiastic about a "no talking required" scenario while getting a haircut. I don't like small talk that inevitably revolves around talking about myself to a relative stranger, but that's what always seemed to happen when I got a haircut.

"You draw a comic? Tell me about that!"

I say "got", past tense, because I unfortunately had thinning hair and a bald spot as early as late high school, and I just go with an even trim via a hair trimmer these days.

Completely unrelated side note, I like long hair with lots of volume for some reason that will be a mysterious mystery forever. I've no idea why it would be of such interest to me.