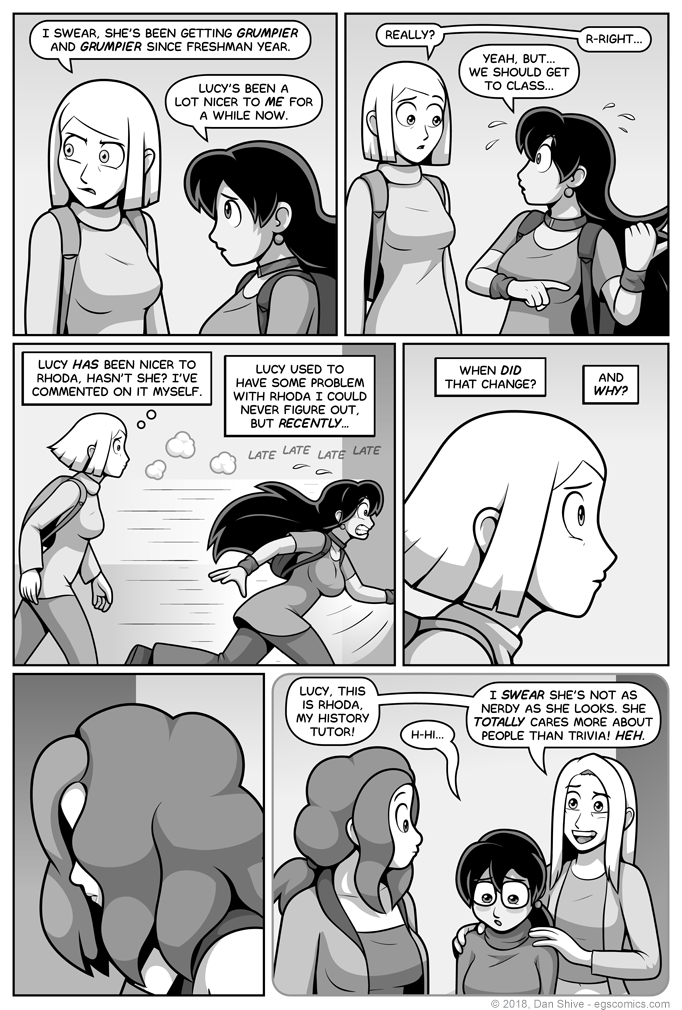 - Earliest interaction with Rhoda
- Nicer to Rhoda (earlier in this storyline)

Of all the classes Diane needed help with, of course it was history.

It feels sort of weird to actually have it finally be addressed, however. I was starting to think there would never be an appropriate storyline in which to address what was up with that.

As far back as I can recall, my plan had always been that, of these three, Rhoda was "the newcomer". I don't know exactly when I decided that, but it's one of those things that feels like "that's how it's always been" even if it wasn't, if you're familiar with that feeling.

I have only BEGUN to reference past comics!

It's conceivable you could be the nerdiest nerd who has ever nerded and Diane would not recognize you as such if you also possessed empathy and/or social skills.

Wait, can you be the nerdiest nerd who has ever nerded if you have those? You can be a nerd, sure, but... Wait, what's even the definition of...

I'm too tired to figure this out. Point is, Diane has some particular issue with what she perceives as "nerds".

Well, that, and she cares about social status and wants to be "cool". But there's also the perception thing!

(Next EGS:NP Monday for various reasons, my apologies for this delay)