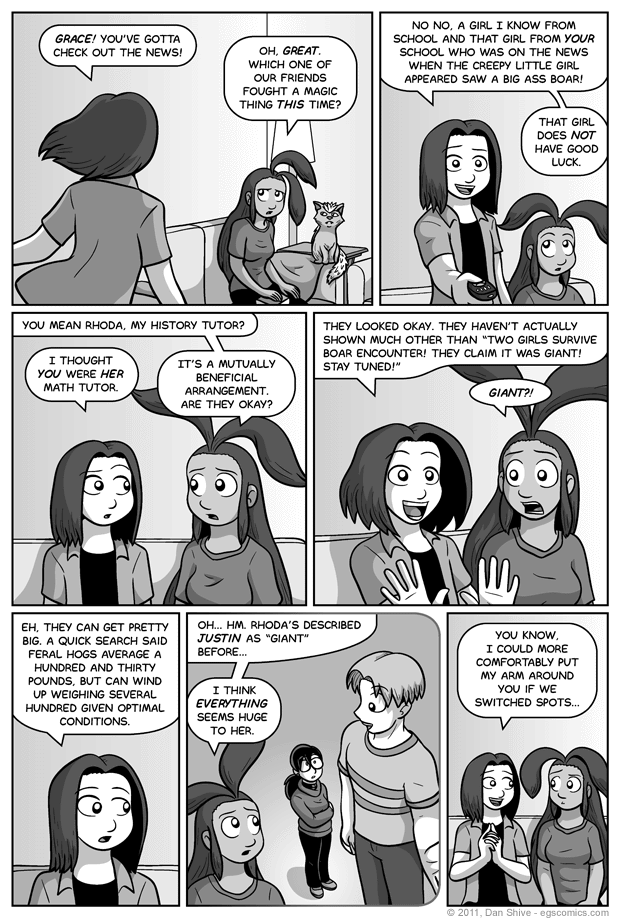 I've been meaning to establish Rhoda as Grace's history tutor for some time now, but it's never naturally come up in any of the stories until, well, now. It hasn't exactly been a crucial plot point or anything, but I still wish I'd squeezed it in somewhere before now. Ah well.

I was about to say something about that first news interview as being an exception to Grace's comment, but then I remembered that even though that wound up being about school uniforms, it came about as a result of Elliot fighting some magic thing. I guess no news really is good news.

A distorted perception of scale

Oh my goodness... Grace has super hearing and overheard that conversation between Rhoda and Justin! That, or Rhoda referred to him as giant on some other occasion, Justin mentioned that she had said that, or any number of perfectly logical conclusions one could rationally assume.